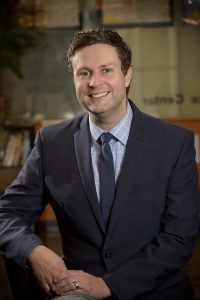 Tim Ryan stood in the middle of the electrical workers union hall, facing the signs declaring he puts “Workers First”, and prepared to call for a revolution of sorts.

But this was Dayton, Ohio, where patriotism and religion are largely unquestioned even if political loyalties are fluid. So first came the national anthem and then the prayers.

After that, the Democrat congressman and candidate for the US Senate laid into his targets.

Ryan made a fleeting reference to his Republican opponent, JD Vance, with a derisive remark about the bestselling author of Hillbilly Elegy – a controversial account of growing up amid poverty and drug addiction – suddenly growing a beard to look more like the working-class Ohio voters he hopes will elect him.

After that, the Democrat had little to say about Vance as he turned his guns on another target.

Ryan does not have the enthusiastic support of his party’s leadership in Washington even though the outcome of his race could decide control of the Senate. But then Ryan is not an enthusiast for the Democratic national leadership or his party’s record over recent decades.

Ohio saw more than one-quarter of its manufacturing jobs shipped off to Mexico under the North American Free Trade Agreement (Nafta) signed by President Bill Clinton, a Democrat, in the 1990s and later to China after it joined the World Trade Organization.

At the union hall rally in Dayton, a city that has lost about a third of its population over the past 40 years as jobs disappeared, Ryan was cheered when he said Democrats were as much to blame as Republicans.

“You’ve seen a broken economic system where both parties have sold out to the corporate interests that shift our jobs down to the southern part of this country, then to Mexico, then to China. There is no economic freedom if there’s no jobs here in the United States,” he told the crowd.

Ryan returned to the theme later in speaking about “people who’ve been on the other side of globalization and automation and bad trade deals that, quite frankly, both parties passed that devastated communities like ours.”

In 2016, Donald Trump tapped into anger about the loss of jobs and its impact on communities with a promise to stop the closure of a major General Motors car plant in Lordstown, Ohio, which employed more than 10,000 workers at its peak. He told a rally in a neighboring city he would bring back jobs to the region: “Don’t move. Don’t sell your house.”

That promise helped deliver north-eastern Ohio to Trump and flip a state that twice voted to put Barack Obama into the White House. In 2019, the Lordstown plant shut anyway, adding to the woes of a city that had already lost its hospital. It was not alone. Few places Trump promised to revive saw him deliver.

That has opened the door for Ryan to say the Republicans don’t have any real interest in helping working Americans because they really represent the corporations that employ them. But many of those workers long ago decided that the Democrats aren’t serving their interests either.

White voters without college degrees accounted for 42% of voters in the 2020 presidential election across the US. The proportion is even higher in Ohio where more than 80% of the population is white and only about one in five people of voting age graduated from university.

In the Clinton years, Democrats took around half of that vote nationally. Now the Republicans have an advantage of nearly two to one while Democrats lead among the college educated.

Ryan implicitly acknowledged that many of those who traditionally voted Democrat no longer saw the party as representing their interests, and told the rally that has led to some of its strategists wanting to write off the working-class vote.

“When I hear people at the national level say things like we have to invest in races where states have an increasing rate of college graduates, that’s where we need to campaign, whoa,” he said. “We’re going to teach the Democratic party that the working-class folks, whether they’re white or black or brown men or women or gay or straight, we are the backbone of this party.”

It’s a theme that appears to be resonating with some Ohio voters. While Republicans are well ahead in most of the other statewide races, Ryan is within shouting distance of Vance.

“Tim Ryan has been a really strong candidate,” said Lee Hannah, a professor of political science at Wright State University, named after the Wright brothers who invented the first airplane in their Dayton bicycle shop.

“In some ways he agrees with Trump’s criticisms of the the policies that cost jobs but Ryan would say that Trump didn’t make good on that promise and he has better ideas.”

Hannah said that Ryan has also been effective at reclaiming ground from Trump that used to belong to the Democrats while Republicans portray the party as in the grip of a “woke” cultural agenda.

“The Democrats have been playing defense on being just the party of identity politics, which I think is unfair but it’s been an effective caricature. Tim Ryan has tried to push against that and talk about more of these issues that he thinks will resonate with working-class voters,” he said.

The Democratic congressman also has the advantage of running against Vance.

Hannah said that the Republican is a relative unknown as a politician despite his national profile as a bestselling author about his hard upbringing in Middletown, Ohio.

But the bigger problem may be the scepticism engendered by Vance deriding Donald Trump early in his presidency as a “fraud” and a “moral disaster” and then dramatically becoming a fervent supporter in order to win his endorsement in the Senate primaries. That paid off after Trump’s backing moved Vance from down the field to victory. But it has had consequences both with ardent supporters of the former president who dislike the earlier disloyalty and swing voters put off by Trump.

“Vance is really trying to thread this needle where he was this Never Trump Republican back in ‘16 and now he is very much a full-throated Trump supporter. That has led to questions about his authenticity which is probably hurting him,” said Hannah.

“Vance really is in a tough spot. I still would say he’s the odds on favorite to win but what’s difficult is that he needs to embrace this Trump base to make sure he has enough support but at the same time that can be really off-putting to folks who were really energized in 2020 to come out and vote against Trump.”

Some opinion polls suggest that some Ohioans may be splitting their votes to support the popular sitting Republican governor, Mike DeWine, while also voting for Ryan, or at least against Vance.

For all that, Trump remains popular in Ohio, with an approval rating of about 55%, while President Biden’s is well below the national average at just 35% which does not help Ryan.

The mood in the union hall was sympathetic to the Democratic candidate if not always toward his party.

Ryan, whose father is a Republican, is counting on working Ohioans trusting that it is he, and not Vance, who will fight for their jobs. Michael Gross, president of the local electrical union workers branch, thought that could carry him over the line.

“We’re seeing somebody from a part of the state that has particularly been abandoned by manufacturing and big corporations that have left the state and left the country. I think he’s able to transfer that message that he’s here to fight for us, for the people of this state, for working-class families,” he said.

But Gross, like others in the hall, struggled to explain why so many union members voted for Trump and Republicans and how to bring them back to the broader Democrat party.

“I wish I knew the answer. We tell our members we really haven’t made any gains and then the one percenters have. So it’s really, it’s frustrating,” he said.

Kim McCarthy, the chair of the Greene County Democratic party which covers part of Dayton and neighboring towns, was skeptical that her party’s national leadership will change.

“They represent those same interests as Republicans. The Democrats get contributions from the same corporations as Republicans. There’s very little someone like Tim Ryan can do. I’m sure his intentions are good but it’s a broken system that does not allow for people who want to represent people and not buy into the interests of money,” said McCarthy, an accountant.

Read the original story at theguardian.com