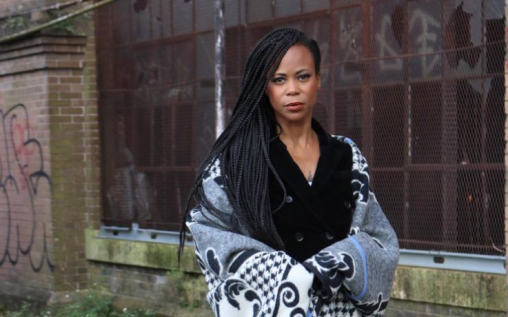 Production designer Hannah Beachler, a Centerville High School and Wright State University graduate, is very fond of her Oscar-winning contributions to the 2018 blockbuster “Black Panther” but is equally proud of the creativity and teamwork behind the film’s highly anticipated sequel “Wakanda Forever.”

To be released Nov. 11 and directed/co-written by Ryan Coogler, “Black Panther: Wakanda Forever” reportedly finds the kingdom of Wakanda fighting to protect their nation from invaders following the death of King T’Challa. Meanwhile, a new threat arises from the hidden nation of Talokan, which borrows from the Atlantis mythology of a society driven into the water.

“Look forward to a new world that’s been built,” said Beachler, 52. “I took two years to build this underwater world. Talokan comes from a real culture, an inspiration of those who have lost something in a very tragic way but have found triumph. They are a lot like Wakanda in that they have found a way to survive. It was very important that I got this new civilization right in the same way I approached Wakanda. I had to do as big of a deep dive as Wakanda because Talokan is specifically inspired by Mesoamerican and Mayan culture. I think it’s going to be something really incredible and epic for people to see.”

Beachler is also eager for audiences to see new aircrafts, vehicles and spaces within the world of Wakanda which haven’t been seen before, allowing the story to reach refreshing conceptual heights. However, she admits the 22-month process from pre-production to filming, which occurred in such locales as Atlanta and Puerto Rico, was not without its share of hurdles due to the coronavirus pandemic.

“It was really hard and we had all just come off of being quarantined in 2020,” she recalled. “It was challenging in every aspect you can possibly think of but in no different way that time period, and still to this day, is challenging for anyone else. We just had a giant movie on top of everything to keep straight. God doesn’t give you anything more than you can handle, which is how we all pushed through. We were able to overcome everything as a team, especially with Ryan at the helm.”

In 2013, Coogler made his acclaimed directorial debut with “Fruitvale Station,” a gripping drama starring Michael B. Jordan based on the true story of Oscar Grant III. Beachler provided production design for the film and would go on to join Coogler for 2015′s “Creed” and the aforementioned “Black Panther.” She considers him one of her most meaningful collaborators because he brings out the greatest potential in his cast and crew with empowering authenticity.

“There’s something very special, to me, about him being a Black man who has lifted up this Black woman – giving me agency, and the space, to create and allow me to be my best self,” she said. “He has made me a better person as well as a better designer and storyteller. There’s something very special about him that resonates with people. People feel something when he’s talking, when he’s saying truth, but I really think that’s just Ryan being himself and not someone else. We’re always so used to the mask in front that when you encounter somebody who doesn’t need it, it feels like something new.”

“Ryan created an enjoyable film you could watch simply for the entertainment or watch for the entertainment and the message presented,” she said. “The intimacy of the characters – hearing them say things that feel, look and sound familiar – was also important along with the great technology. He braided all these elements together in a very eloquent, beautiful way that catches the imagination of young people while helping older generations imagine a better way, a better future, a better world. ‘Black Panther’ contains a truth that is not often found in fantasy films, a truth rooted in a resilience of a culture in a country deep beneath the fantasy of the Marvel comic universe.”

The New Orleans-based Beachler is the first African American to win an Academy Award for best production design. Her credits include “Miles Ahead,” “Dark Waters,” “No Sudden Move,” and the 2016 Academy Award and Golden Globe Award-winning best picture “Moonlight.” She also received an Emmy nomination for Beyonce’s visual album “Lemonade.”

She admits to feeling pressure while working on “Wakanda Forever” but remained motivated by forging ahead with renewed purpose.

“The bar has been set high,” she said. “The first ‘Panther’ did very well around the globe, took people by surprise, and won three Oscars, including one for (costumer) Ruth Carter. But one thing I did not do here, and one thing I never do, is rest on my laurels. I went back to zero, below the ground, to start. As great as the last ‘Panther’ was and all that happened with it, it didn’t pertain to this one.”

“I’m really excited about ‘Mandela,’” she said. “We’re bringing a sense of Afrofuturism into the story and not letting the audience off the hook with what apartheid has done. We’re all culpable.”

As the release of “Wakanda Forever” nears, Beachler says Chadwick Boseman’s legacy loomed large during filming. The Oscar-nominated actor who portrayed T’Challa/Black Panther in the original film died in 2020 at age 43 following a private battle with colon cancer. She feels he would be proud of the sequel.

“We lost our Black Panther, the beautiful actor Chadwick Boseman, and, for me, I wanted to honor him in the design of Wakanda,” she said. “The actors, and especially Ryan, were actively grieving through the process and remembering the good times with Chadwick and thinking always about what he would want or what he would do or some of the choices he would make and how he would react to some of the choices we made. (We wanted) to make sure his memory is never lost as the humanitarian he was for the Black culture, the actor he was for the young people coming up, and the chief Panther for all of our imaginations. This film is really about questioning how you live with grief and push through it.”