A biologist who swam among sharks and rays in the waters off Cuba. A Pittsburgh engineer interested in doing research on heart valves. A chemist, a food industry expert, a graphic designer, a sociologist and two literature experts.

They are among the new faculty members at Wright State’s Lake Campus.

“These talented and accomplished educators are enriching our curriculum with their varied experiences and skills,” said Dean Bonnie Mathies. “Students at the Lake Campus are discovering a growing smorgasbord of educational opportunities.” 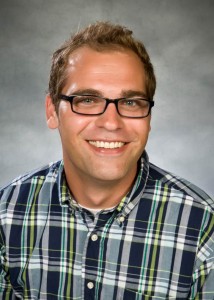 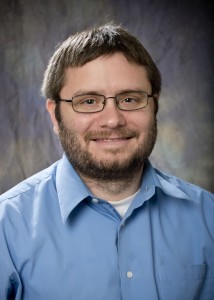 A chemistry instructor from the University of Mount Union in Alliance, Ohio, Benson obtained his Ph.D. in physical/analytical chemistry from Kent State.

He is skilled in the operation of the chemical ionization mass spectrometer, the ultrafine condensation particle counter and the differential mobility analyzer. He has performed kinetic experiments with mass flow controllers and various gas flows. 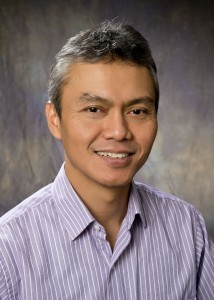 Wulandana obtained his Ph.D. in mechanical engineering from the University of Pittsburgh and worked as a research associate in the university’s Department of Chemical and Petroleum Engineering and lecturer in the Department of Mechanical Engineering and Material Science. He taught undergraduate classes in thermodynamics, statics and thermal system designs and worked at Thar Energy LLC in Pittsburgh as a research scientist investigating the utilization of supercritical CO2 for power production.

Wulandana’s research interests range from constitutive modeling and testing of biological tissues, such as aneurysm walls and heart valves, and computational modeling of complex fluid and structural instability as well as designs of thermal devices.

“I am very pleased to be part of the aggressive expansion of the Lake Campus, in particular the engineering department,” Wulandana said. “I am actively searching for new research topics that are strongly relevant to the Grand Lake St. Marys restoration projects.” 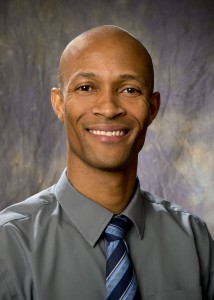 Simons obtained his Ph.D. in cereal science from North Dakota State University, where he conducted research on properties of edible beans, and taught classes in food science as a graduate research assistant. Before coming to the United States, he served the food industry in Jamaica for 12 years in numerous roles involving capacity building, technology transfer, private consulting and vocational training.

“I am excited to be placed at the Lake Campus, which is nested in a region that has enormous opportunities for growth in food manufacturing,” Simons said. “I think my diverse training and background in food science, plus experience working to build capacity in cottage-scale and large food manufacturing, has positioned me to make a big difference here.” 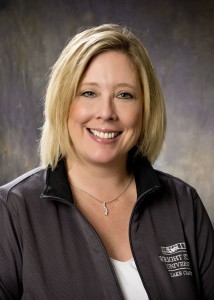 Richter has been teaching since 2008 in the Graphic Design-IT program at Wright State’s Lake Campus and is currently the instructor for the Graphic Design and Visual Media program. She has degrees from Kansas State University—a Bachelor of Fine Arts and a Master of Science in curriculum and instruction specializing in educational computing, design and online learning.

Richter believes that integrating the classroom with community design projects is a prime instructional way of giving independent design capability to students. 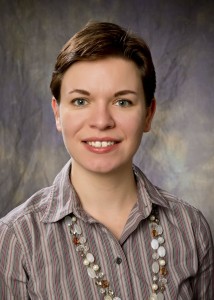 Faragher was a post-doctoral fellow in East Tennessee State University’s Department of Literature & Language, obtaining her Ph.D. in English with a concentration in modern British and Irish literature from University at Buffalo (SUNY).

“I am really interested in the way persuasion influences literary works, and hope to bring that into the classroom by incorporating historical documents that show attitudes towards various political and social problems,” Faragher said. “My own work centers on the 20th century, but I’m looking forward to showing students ‘living’ literature in a variety of periods, incorporating newspapers, periodicals, films and radio broadcasts from the period into the classroom.”

An assistant professor of English and co-director of the Student Success Center, Wilson obtained her Ph.D. in English at Michigan State University.

Courses she has taught include Academic Reading & Writing, Great Books, Introduction to Poetry Writing, Ecofeminism and Introduction to Women’s Studies. She is also writing a novel titled White Witch: Book 1 of the Lost Colony Trilogy.