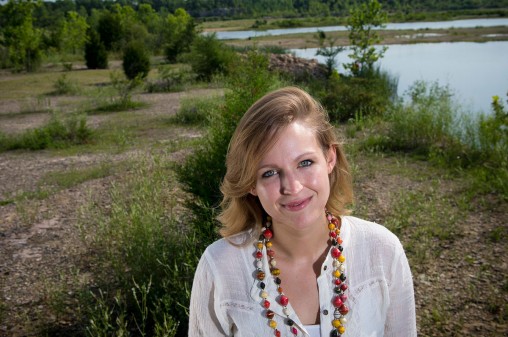 Wright State’s Emily Diller traveled Malawi to deliver and install a X-ray system to a health clinic during an educational, humanitarian adventure that fueled her passion to help people in need.

Her guide at the African game reserve carried a rifle to fend off aggressive hippos, elephants and cheetahs. What he couldn’t fend off was the tsetse fly, whose bite can cause sometimes fatal African sleeping sickness.

And it was a tsetse fly that bit Emily Diller, a Wright State University biomedical engineering student who was in Malawi to deliver and install a state-of-the-art X-ray system to a health clinic.

“It was terrifying; I was freaking out,” Diller recalled.

The bloody blister on her hip produced by the bite lasted four weeks, but thankfully the tsetse fly was not carrying the parasite that causes sleeping sickness.

Diller is fine, and she chalks it up as part of what turned out to be an exciting, educational, humanitarian adventure that further fired her passion to help people in need.

Diller grew up in Tucson, Ariz., and at age 9 moved to Ohio when her father, a minister, was transferred to a Dayton church. She attended Wright State and got a two-year certificate in Spanish and French before changing her major to biomedical engineering.

“I’ve always been good in math and science,” she said. “And I saw biomedical engineering as a different way for me to be creative and use that creativity I have to solve problems and help people.” 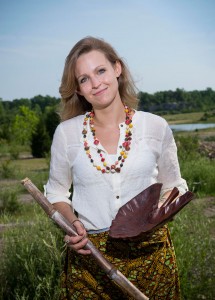 After obtaining her bachelor’s degree, Diller began work on her master’s. And she currently works as a graduate research assistant for Caroline Cao, professor of biomedical, industrial and human factors engineering.

In May, Diller and three other Wright State students left for Malawi along with Thomas Hangartner, chair of the Department of Biomedical, Industrial and Human Factors Engineering, to deliver and install an X-ray system in a clinic at St. Ann’s Hospital in Chilumba.

“By using a digital camera, they changed the image receptors so it would be able to pick up on the X-ray wavelength,” Diller said. “This is the first one that’s been in Malawi. Having a digital system is a big deal.”

It doesn’t require the maintenance of conventional X-ray systems, which can mean costly and time-consuming trips for parts and supplies. There is also no need for films and developing chemicals, so the project is in itself self-sustainable. At the clinic, it is used primarily to identify bone fractures and tuberculosis.

For the 24-year-old Diller, the trip to Malawi was her first taste of a foreign culture. Her parents had traveled to Ghana and South Africa over the years to do missionary work.

“I had always grown up with those stories of their life,” she said. “It is something that is really interesting and something you want to experience for yourself.”

Along with Diller on the trip were Wright State biomedical engineering major Megan Ater, chemistry major Nhi Lam and Bill Conley, who graduated from Wright State with a biology degree.

“There is a different realness I experienced in the people of Malawi,” she said. “They are so focused on the here and the now and the day and getting the food that they need for their family for that day.”

Diller said strangers on the street would invite her to their homes to meet their families and have a meal.

“And you know these people don’t have a lot of resources,” she said. “There is this different level of being genuine because you are another human.” 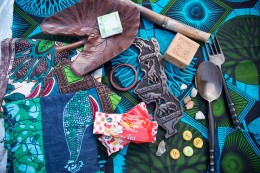 Items Emily Diller brought back from her trip to Malawi that represent various aspects of the African nation’s culture.

One of the most surrealistic experiences of her nearly four-week stay was when her group went for a hike to Lion’s Point, near where the party of Scottish missionary Robert Laws was attacked by a lion in the late 1800s.

As they walked along, they began to hear hymns that echoed off the hills and fields. They discovered four young men in a church singing their hearts out, music that followed the hikers much of the way to Lion’s Point, where they were welcomed by swarms of villagers.

“I don’t think they had ever seen a white person before,” Diller said. “It was a very otherworldly experience.”

Diller credits Wright State with opening doors for her.

“I would not have had the opportunities to bloom and the support I’ve had at any other university,” she said. “The faculty is extremely supportive.”

After graduation, she is interested in working in the field of telesurgery, which gives physicians the ability to perform surgery on patients even though they are not physically in the same location.

“Eventually I want to have my own engineering business,” she said.