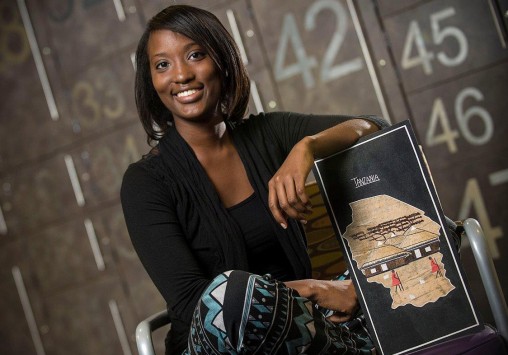 A trip to her native Tanzania to shadow doctors and nurses produced lifelong memories for Wright State University pre-med student Aliane Kubwimana. She observed surgeries, dealt with a blackout in the maternity ward and spent Christmas Eve at an orphanage.

Kubwimana said the two-week experience as part of the Gap Medics medical shadowing program exceeded all expectations and cemented her desire to pursue a career in health care.

“I definitely want to be a doctor,” she said. “I love helping people. And just seeing all the people there — they really need the help.”

Located in East Africa, Tanzania is home to Mount Kilimanjaro and Lake Victoria. It is a relatively poor country, with an economy based largely on agriculture.

The Gap Medics medical shadowing program enables students to gain valuable experience before applying to medical school by working in hospitals under the mentorship of experienced doctors, nurses, dentists and midwives.

Kubwimana left for Tanzania on Dec. 18, flying from Dayton to Atlanta to Johannesburg, South Africa, and then on to Dar es Salaam, Tanzania. After that, there was a nine-hour bus ride to Iringa, Tanzania.

Kubwimana job-shadowed at Iringa Regional Hospital, which has emergency, surgery, internal medicine, pediatrics, dentistry and outpatient units as well as an HIV clinic. She shadowed with other students from the United States, United Kingdom and Australia.

“Most of it was observing, but there were some opportunities to do a little bit of hands-on,” she said. 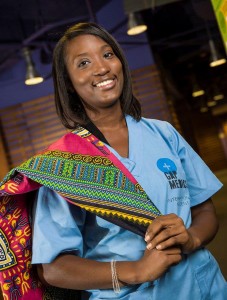 As part of the Gap Medics medical shadowing program, Aliane Kubwimana observed surgeries, dealt with a blackout in the maternity ward and spent Christmas Eve at an orphanage.

Kubwimana shadowed workers in outpatient, where she saw traffic-accident injuries, and later observed surgeries that included everything from Caesarian sections to orthopedic operations. She said the hospital physicians did remarkable work even though they didn’t have the same modern medical equipment of more developed countries.

Once when she was shadowing on the maternity ward during the night shift, the unit went pitch black due to a citywide power outage.

“There are women crying out, shouting out, because they’re in labor. It was super crazy,” she said. “We feared that someone was going to give birth any second and we’re going to have to use a flashlight.”

On Christmas Eve, Kubwimana and her fellow students took food to an orphanage, which serves as the home for children up to age 6.

“It was a huge Christmas present for them,” she said. “They were so happy; just to see the smiles on all of their faces and knowing just a little bit helps.”

Kubwimana’s parents are Rwandan, but she was born in Tanzania. The family moved to the United States when she was an infant and she grew up in the Dayton area. Her father works in patient care at Kettering Hospital and her mother operates her own business, selling African food and other items.

Kubwimana attended Spring Valley Academy in Centerville, where she was class president for four years, cheerleading captain and valedictorian. She arrived at Wright State in the fall of 2013.

“When I visited the campus, I felt really comfortable here,” she said. “There were a lot of students here who I knew already. The Pre-Health Program is pretty great, and I really like the Honors Program, all of the different opportunities.”

In fact, Kubwimana got an honors scholarship to study abroad, using it for her Tanzania experience.

Kubwimana, who intends to go to medical school, is majoring in organizational leadership with minors in biology and public health. She is also working on a certificate in African-American gender experiences.

In addition, she works at the campus Fitness Center as a group fitness instructor, is director of major events for the University Activities Board, a leadership consultant for the Office of Student Activities and president of the African Student Union.