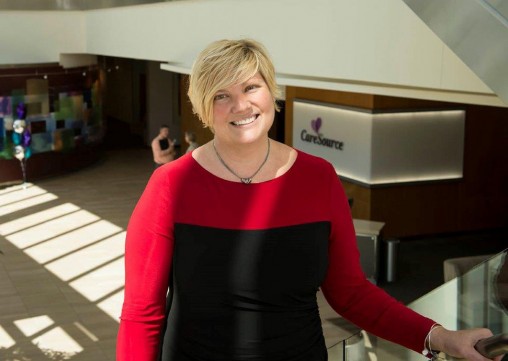 It was a moment that changed her life. Karin VanZant was a frightened, pregnant, 20-year-old on welfare facing an emergency C-section at the hospital. But the operation was held up for four hours while administrators worked to sort out her coverage.

“The surgeon told me, ‘We’ve got to figure something out because Medicaid doesn’t cover what we need it to cover,’” VanZant recalled. “I thought I never want to be the doctor that has to tell somebody you’re too poor to get the best care. And I’ve been trying to fix that really broken system ever since.”

A year earlier, VanZant had been a hard-charging student at Wright State University with hopes of going to medical school. When she returned, she changed her major from pre-med to social work, a discipline that would lead her to a remarkable career devoted to helping lift people out of poverty.

Today, VanZant is executive director of Life Services for CareSource, a leading nonprofit, managed-care company. Along the way, she assisted in building one of the first alternative high school programs in the area, worked with the governor’s office to develop an ambitious anti-poverty program and founded a nonprofit that works with churches and neighborhood groups to alleviate poverty.

VanZant grew up in the tiny town of Enon, the daughter of a military family. After graduating from Greenon High School, she enrolled at Wright State and as a 17-year-old freshman lived in Hamilton Hall. The entire first floor consisted of students with disabilities. And on her all-female floor, VanZant was introduced to women from a variety of backgrounds, including international students.

“It was great for me. I loved the diversity,” she said. “I had no idea going there how much of a frontrunner Wright State was as a diverse campus. And living an entire year with people with significant disabilities gave me a whole new appreciation for what I wanted to do as a doctor and about how tilted our community is to able-bodied people.”

After leaving school and giving birth to her son, VanZant returned and graduated in 1998 with a bachelor’s degree in social work. She landed a job in Springfield at the Opportunities Industrialization Center (OIC) to help people get off of welfare and into the workforce. That’s where her frustration with government regulations began.

“I kept trying to apply logic to a very illogical, government-regulated system,” she said. “Some of the federal policies that we have around working with low-income people make absolutely no sense. You can tell they were written by people who have never been low-income.”

During that time, she assisted OIC in launching an alternative high school that still exists today, The Learning Opportunities Center. The school partnered with city and county schools so that the students could earn high school diplomas from their home high schools instead of GEDs or being in charter schools.

In 2003, VanZant worked at the Ohio Association of Community Action Agencies (OACAA), which partnered with the Governor’s Office of Faith Based and Community Initiatives. She secured a $3.5 million Compassion Capital grant to do work with grassroots and community-based workers in across Ohio. OACAA was responsible for providing services to 66 counties to build a solid infrastructure for serving those in poverty. 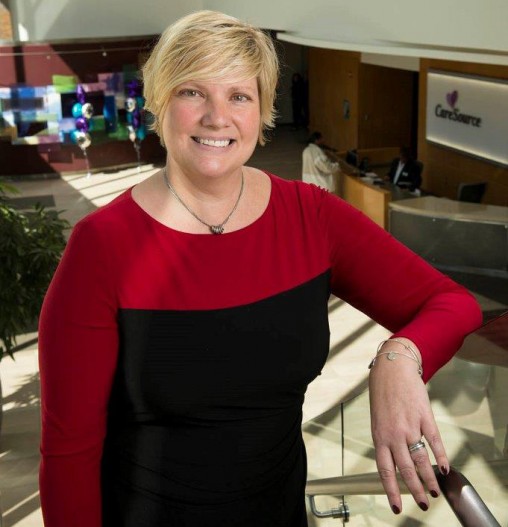 Karin VanZant graduated from Wright State with a bachelor’s degree in social work and a master’s degree in public administration.

In 2006, she left OACAA to start Think Tank Inc., a Springfield-based nonprofit that works with churches and neighborhood groups to alleviate poverty and strengthen the community. To raise startup capital, she and others worked at the Wright State Nutter Center concession stands for various events.

“I like to tell people that Think Tank got started by pouring beer at the Motley Crew concert, which was the largest concert that we worked,” she said.

At Think Tank, VanZant took a hard look at the causes of poverty. One year she spent 34 weeks on the road, visiting 60 different communities and conducting focus groups with low-income people and others.

“What we found is that with the right kinds of community support and the right kind of social support, people who have lived two or three generations subsidized can actually break that subsidy cycle in less than five or six years,” she said. “But there has to be support in a community that says children going to bed hungry is completely unacceptable in this country.”

In 2008, VanZant got her master’s degree in public administration from Wright State. That same year she and Think Tank got a call from CareSource, asking for training to help its employees better understand poverty and how it impacts health care.

Through the partnership with CareSource, Think Tank has trained more than 3,000 people around Ohio in the Cost of Poverty Simulation, which walks people through the life of a low-income person in Dayton.

CareSource was founded in 1989 to address the health care issues of low-income citizens. Today, CareSource is the largest Medicaid managed-care plan in Ohio.

In January 2015, VanZant was recruited by CareSource to lead its new Life Services division, a holistic program that focuses on coaching people to get the skills and education they need to better their economic well being. She said many CareSource members are healthy but unemployed or underemployed.

In just six months, 600 CareSource members had become engaged with Life Services and 10 percent had full-time jobs with benefits.

“Employers have been very receptive to having this untapped population of employees,” VanZant said. “We’re seeing a lot of good come out of it.”

Since launching in 2015, CareSource Life Services has:

VanZant escapes the daily pressures of her job by taking refuge at the one-acre property in Green Township between Springfield and Yellow Springs where she and her husband live. To relax, she raises 11 free-range chickens, feeding them, talking to them and collecting their eggs every day.

“The best welcome is when you come home from a really long day at work and you see 11 fat hens running across the yard at you because they just want to welcome you home,” she said. “There’s nothing better than that.”