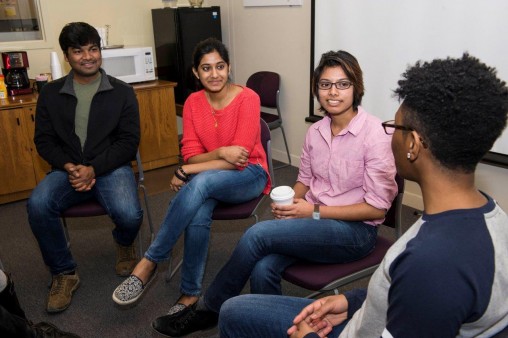 Immigration and foreign affairs will likely be the issues of most importance to Wright State’s growing population of international students when the presidential candidates arrive at the university for the first general election debate.

The Sept. 26 debate, to be held at the Wright State Nutter Center, is expected to be in the national and international spotlight and attract thousands of media members. It will be held on a campus that has about 1,800 international students, a record number.

“Especially right now during this election, it’s a very interesting time to look at some of the issues that America is facing and some of the passionate conversations that we’re having about immigration, about social systems,” said Michelle Streeter-Ferrari, director of Wright State’s University Center for International Education (UCIE). “I’m interested in seeing some of the dialogue that comes from our international students in observing some of these conversations happening on the national level.” 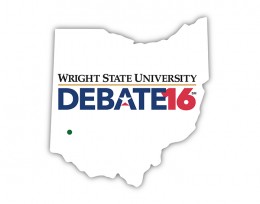 The home countries of Wright State students from Europe are being impacted by immigration populations. More than a million migrants and refugees crossed into Europe in 2015, in large part due to the conflict in Syria. Germany and Hungary received the largest number of new asylum applications.

“More than ever our world is so interconnected,” said Streeter-Ferrari. “The more other countries can understand the process and understand where Americans are coming from, the more it helps to bridge the gap in understanding.”

Wright State has about 600 students from the Middle East, including Iraq, Libya and Syria.

“U.S. foreign policy directly impacts them and their future,” she said.

International students are also concerned about any U.S. policy changes that would adversely affect their visas and internship opportunities.

UCIE is planning numerous debate-related events, including panel discussions on the platforms of the political parties and the U.S. election process.

“When you learn about a different culture and a different system, you don’t automatically judge it,” said Streeter-Ferrari. “It helps to explain the process, explain the history of why it was formed the way it was and how it works for the U.S. I think it’s important to learn that democracy works in different ways for different countries.”

Many foreign democracies have a radically different election process, she said.

“In a lot of countries, voting is mandatory; you have to have a good excuse not to vote,” she said. “So international students are usually pretty surprised when they see the low percentage of American voters who actually turn out.” 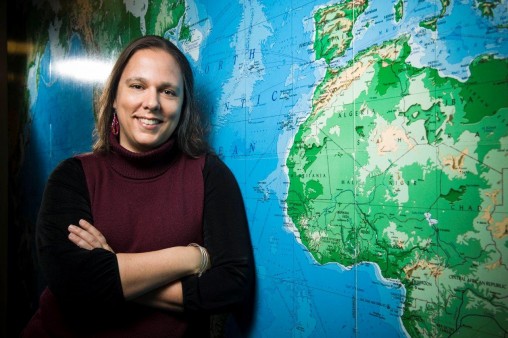 International students are also often confused by the Electoral College system, which can enable a candidate to lose the popular vote but still win.

“There is this whole system that is even difficult for many Americans to understand,” said Streeter-Ferrari. “And the two-party system is something that’s very different from other countries. In other countries you see a lot of different parties represented.”

UCIE will infuse fall programming and activities with election themes, including that of Conversation Club, which enables international students to meet with Americans and practice their English. The center will also partner with the Dayton Council on World Affairs on a debate-related presentation to the community.

Other debate-related events will include a mock election in which international students will vote for one of the U.S. presidential candidates and a debate viewing party the night of the event.