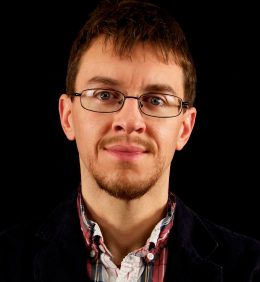 Aggression in the workplace has become a common problem that can result in physical and psychological damage and poison the office or factory environment if it goes unchecked.

“Research and Theory on Workplace Aggression,” edited by Bowling and M. Sandy Hershcovis, associate professor at the University of Calgary’s Haskayne School of Business, provides a review of the literature. Each chapter examines a different topic and is authored by experts in the field.

The chapters assess workplace aggression and analyze its consequences, victim and family impact, and third-party reactions as well as workplace ostracism, cross-cultural differences and the prevention of aggression.

Bowling said workplace aggression is a fairly new research area in the field of industrial organizational psychology, but has been a well-received topic in recent years.

Workplace aggression is defined as severe interpersonal mistreatment on the job in which there is clear intent to harm the victim. It can include such things as being bullied or yelled at, being the victim of rudeness, having your work excessively monitored, being given an unmanageable workload or having your efforts undermined.

“Aggression can motivate people in the short term, but the long-term drawbacks are so great that it is not an effective strategy,” Bowling said.

An extreme example of workplace aggression is having someone hit you or threaten to hit you, Bowling said.

“But what is more common is people being exposed to verbal aggression or psychological aggression. Things like being called a name,” he said. “And being ignored is also a form of aggression.”

Bowling said certain personality types are more likely to engage in aggressive behavior — people who are emotionally unstable, those who don’t care about hurting others’ feelings and people who are not conscientious and ignore rules.

He said workplace aggression is common in certain settings. For example, hospitals can breed aggression because anxious patients and their families can put so much pressure on the staff.

Bowling also said targets of aggression have an increased likelihood of becoming aggressive themselves, contributing to a hostile work culture.

“More can be done to actively prevent aggressive workplaces and promote cultures of respect and civility,” the book states. “Although one might argue that incivility’s low intensity is not problematic, if an organization condones such behavior or does not actively condemn such behavior, it might indicate to employees that other, more extreme forms of aggression are acceptable.”

Bowling said employers can minimize workplace aggression by having clear written, enforced policies about what behaviors are not acceptable.

“With this book, we believe that we have taken valuable steps to further the science of workplace aggression and provided useful avenues to improve the treatment of employees,” the book concludes.