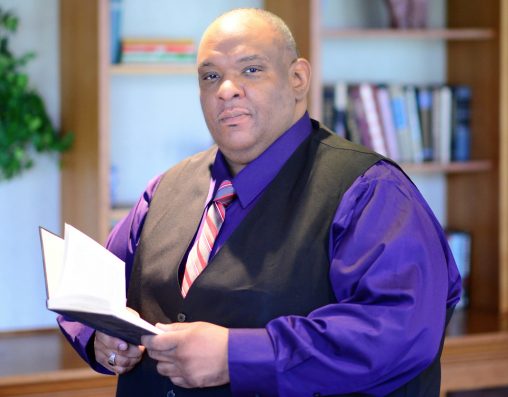 An address by philosophy and diversity expert Julius Bailey, the issuance of social justice awards and the screening of a film on the life of pioneering Supreme Court Justice Thurgood Marshall will highlight Wright State University’s 2018 Martin Luther King Jr. program.

King, a clergyman, activist and prominent leader of the civil rights movement, received the Nobel Peace Prize for his efforts to end racial discrimination and was known for his “I Have a Dream” speech. He was assassinated in 1968. In 1986, Martin Luther King Jr. Day was established as a federal holiday.

“We believe this celebration is significant and a public affirmation of our commitment to Dr. King’s values of courage, truth, justice, compassion, humility and service that defined his character and leadership,” said Edward Twyman, director of the Bolinga Black Cultural Resource Center at Wright State, program sponsor.

On Monday, Jan. 15, Wright State students, faculty and staff are invited to join Dayton’s Martin Luther King Day march and rally, which begins at 10 a.m. at the Charles Drew Health Center and culminates at the Dayton Convention Center. A shuttle bus to the march will leave the Student Union at 9 a.m.

On Tuesday, Jan. 16, the celebration will continue on campus with the Bolinga and MLK Social Justice Award Brunch featuring Bailey as keynote speaker. Bailey is an associate professor of philosophy at Wittenberg University as well as a cultural critic, social theorist and diversity lecturer. He is the founder of Project Eight, a youth service organization that focuses on leadership and civic participation.

During the brunch, social justice awards will be announced honoring a Wright State student, a faculty member and a staff member. The awards will recognize advocates who have significantly contributed to efforts to make the campus an inclusive environment and worked to eliminate discrimination, oppression and injustice. The brunch will be held from 10 a.m. to noon in the Student Union Endeavour Room.

The celebration will also feature the screening of “Marshall,” a drama that portrays the first African American Supreme Court Justice Thurgood Marshall as he battles through one of his career-defining cases as an attorney.

The celebration will also include book and poster displays and opportunities to take the MLK Pledge of Nonviolence.

The Dayton MLK celebration also includes the MLK Interfaith Breakfast on Friday, Jan. 12, beginning at 7:30 a.m. at the Greater Allen AME Church, and the MLK Celebration Banquet on Jan. 15, beginning at 6 p.m. at the Dayton Convention Center. For additional information on these events, contact Thomas L. Nichols Jr. at 97-266-0789 or Brenda Joyce Blake at 937-838-5080.