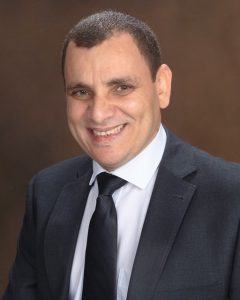 Nasr Hassanien, research scientist in the Department of Electrical Engineering

Hassanien, a research scientist in the Department of Electrical Engineering, is the lead author of an academic paper on the research that won the 2017 AESS Harry Rowe Mimno Award bestowed by the Institute of Electrical and Electronics Engineers. He received his Ph.D. from McMaster University, Hamilton, Ontario, Canada, in 2006.

The IEEE is the world’s largest association of technical professionals, with more than 400,000 members in chapters around the world.

The paper, titled “Signaling Strategies for Dual-Function Radar Communications: An Overview,” was written by Hassanien and co-authored by Moeness Amin, director of Villanova University’s Center for Advanced Communications, Yimin Zhang and Fauzia Ahmad; both are faculty members at Temple University in Philadelphia. It was published in IEEE Aerospace and Electronic Systems Magazine in October 2016.

Established in 1979, the Mimno award recognizes excellence in clear technical communications of material of widespread interest to the members of the IEEE Aerospace and Electronic Systems Society and work that advocates new ideas or principles tending to promote debate. 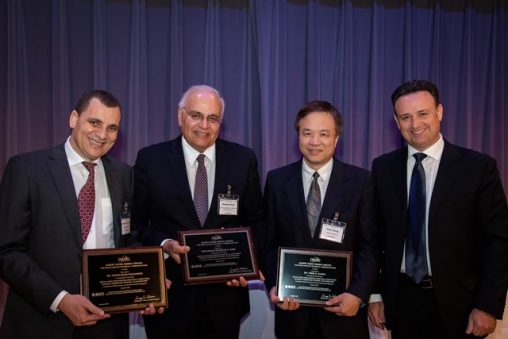 “The research addresses the problem of a congested and contested radio frequency spectrum via spectrum-sharing between radar and communication services,” Hassanien wrote. “It develops novel signaling schemes for radar pulsed emissions to transmit communication signals. This, for instance, can be used to create an emergency network for first-responders during a disaster where the commercial connection is lost.”

Hassanien said the secret to achieving an ambitious goal is to get started and keep trying.

“To me,” he said, the award is just the start of a bigger goal to have a positive impact in the scientific community and the society at large,” said Hassanien

Hassanien and his co-authors were presented with the award in April during the IEEE Radar Conference in Oklahoma City.