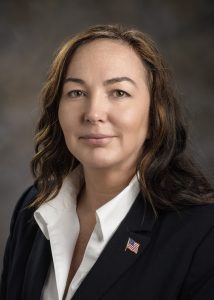 When tragedies such as school shootings, active shooters or natural disasters happen, health care workers and physicians often are the first line of defense, attending to victims at the scene and in hospitals. But they also can be part of community organizations that plan, train and prepare for potential crisis situations.

At the Wright State University Boonshoft School of Medicine, the Department of Pharmacology and Toxicology is offering medical students an opportunity to learn more about national security, resiliency and preparedness. The department offers a Chemical, Biological, Radiological and Nuclear (CBRN) Defense Certificate Program. The three-course program, which can be completed in four months online, is taught by experts with industry and armed forces experience.

“Future physicians play a role in national security, resiliency and preparedness,” said Terry Oroszi, Ed.D., assistant professor of pharmacology and toxicology and director of the M.S. Graduate Program and CBRN Defense Certificate Program. “We need physicians who are knowledgeable about chemical, biological, radiological and nuclear countermeasures to protect the health and well-being of the population.” 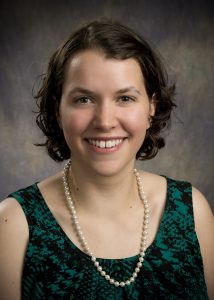 Medical student Megan C. Smith took the CBRN courses as part of her Master of Public Health (M.P.H.) studies. The courses complemented her practice placement in emergency preparedness with the Dayton Metropolitan Medical Response System (MMRS), which assists the city in development plans, conducts training and exercises, and acquires pharmaceuticals and personal protective equipment to be able to respond to potential mass casualty events.

Smith recommends the program to other medical students and graduate students in public health.

“The program opened up a whole new world to me, one that joins the fields of medicine, public health and military intelligence,” said Smith, who will graduate in 2020 with an M.D./M.P.H. dual degree. “It helped me broaden my understanding of the nature of these threats and define my role in CBRN preparation and defense as a future physician.”

Medical student Jaree Naqvi took the CBRN courses between his first and second years of medical school. He will graduate in 2020 with an M.D./M.S. dual degree. He also is pursuing his M.B.A. He found the CBRN courses intellectually stimulating.

Naqvi credited the CBRN program with providing students with the confidence and knowledge to become leaders in public health and crisis management.

“The CBRN program provided me with a newfound understanding of medicine from the public health perspective,” he said. “A CBRN-trained physician is well-equipped to serve as a guardian of their community and a leader in times of crisis no matter where they may find themselves practicing medicine.” 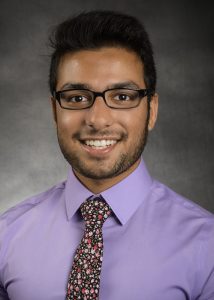 In addition to the CBRN program, Oroszi has introduced some of the medical students to InfraGard, a partnership between the FBI and members of the private sector that expedites the timely exchange of information and promotes mutual learning opportunities.

Medical student Rob Hoopes joined InfraGard to help serve the community and protect critical infrastructure and national security. By joining InfraGard, he learned about the potential threats to society and how medical professionals can play a role in the response to such threats.

“InfraGard provides a vehicle to learn and prepare for tragic situations that may arise,” said Hoopes, who will graduate in 2021. “Understanding how health care professionals can help in times of crises and how to prepare for such instances is a skillset that I found to be valuable. It is something that I want to be a part of now and in the future.”

Oroszi serves on the board of the Dayton chapter of InfraGard and is a national speaker on terrorism and crisis decision-making. She also was one of the founding members of Dayton Think Tank, along with Dayton Mayor Nan Whaley. The organization is focused on crisis, threat, disaster and emergency management. 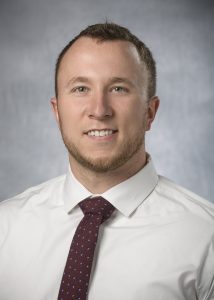 “These relationships led to me being chosen as one of several people from Dayton, Cincinnati and Columbus who met with Christopher Wray, FBI director, in February in Cincinnati,” Oroszi said. “My military training in the U.S. Army, my research on terrorism and my collaborations with government agencies such as the FBI and InfraGard has opened doors for our students.”

This past spring, Oroszi participated in the FBI Citizens Academy, an eight-week program that provides business, religious, civic and community leaders with a greater understanding of the role of federal law enforcement in the community. In July, Oroszi will visit the FBI Headquarters in Washington, D.C., and the FBI Academy in Quantico, Virginia.

The FBI has hosted two events that included CBRN at Wright State in 2013 and 2016. Special Agent Rick Maier will give a seminar at Wright State and speak with several departments on Sept. 19. He will address lab safety, CBRN and FBI careers.