Stevie Lamblin ’16 combines professional dance with the study of psychology 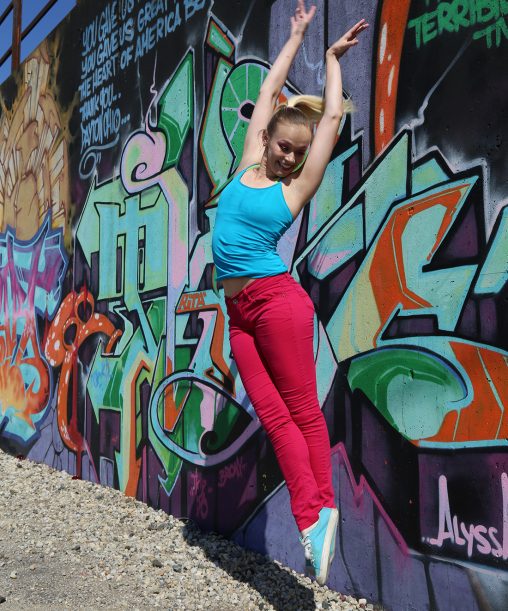 It sometimes happens when Stevie Lamblin ’16 is dancing on stage. And when it does, it is a magical cosmic experience that takes the Wright State student and member of the Dayton Contemporary Dance Company to a “very special place.”

Her eyes light up when she talks about it.

“It’s one of the few times I’m truly present. I’m not thinking; I’m not reflecting. It is the most vulnerable experience I’ve ever had in my life,” she said. “It brings you to tears because of how exhilarating it is. And even if it doesn’t happen every time you perform, it’s so intense that I end up just chasing it.”

The 25-year-old Lamblin has been chasing that experience since she was 3 years old. She is also chasing a master’s degree in clinical mental health at Wright State.

“The idea right now is that I will continue to do both until they somehow merge,” she said.

Lamblin, who grew up in Dayton, describes herself as a high-energy, high-octane child. Her mother wanted to support her in whatever extracurricular activities she was interested in, so she enrolled her daughter in dance classes.

Lamblin’s exuberance would sometimes get her in hot water with her instructors, but she danced through the early turbulence. She was told she could possibly make professional dance her career, but she would have to work hard to do it.

“When I got to middle school and high school and things started to get hard — puberty and emotions happen — and you look around and realize that not everything is as picture-perfect as you thought it was,” she said. “It’s hard to take all that in and not feel something about it. Dance was the only way I could cope with that that actually worked for me.”

Lamblin wanted to be the first person in her family to attend college, but as the time approached things weren’t looking good.

“It was really important to me to be the first person in my family to go to college,” she said. “I wanted to do the best I could for my parents because they gave me so much in the form of love.”

Lamblin landed a STEM-related scholarship, but couldn’t use it to study dance.

“Because going to school was so important to me but I didn’t want to lose dance, I knew I had to find something to keep dancing while going to school,” she said. “Giving up dance just wasn’t an option.” 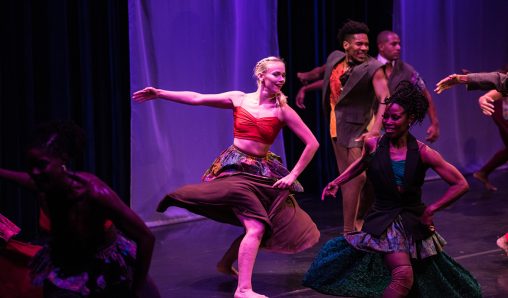 Stevie Lamblin joined DCDC2 and then was hired as a full-time dancer with the Dayton Contemporary Dance Company.

So Lamblin joined DCDC2, the repertory training ensemble of the Dayton Contemporary Dance Company. It is a resource for new dancers for DCDC’s main company and maintains an impressive record of successfully transitioning dancers into other professional companies, Broadway, film, and graduate schools.

After graduating from high school in 2012, Lamblin earned her associate degree at community college and then transferred to Wright State to study psychology. All the while she continued to dance for DCDC2.

In 2015, she was required to take an evening class at Wright State that conflicted with her rigorous dance schedule.

So she decided to audition for the internationally acclaimed DCDC, the oldest modern dance company in Ohio and one of the largest companies of its kind between Chicago and New York City. Rooted in the African American experience, the culturally diverse company has toured the world, dancing onstage for packed houses in Bermuda, Canada, Chile, China, France, and Russia.

Lamblin’s audition got her an apprenticeship with DCDC, and in 2016, she was hired as a full-time dancer. That same year, she earned her bachelor’s degree in psychology with a concentration in behavioral neuroscience and is now pursuing her master’s degree in clinical mental health.

Lamblin has a passion for psychology.

“I love to be able to look at people and see their behavior and track exactly why it is that people do what they do,” she said. “I just find that so fascinating.”

Lamblin said Wright State has made it easy for her to participate in classes, despite her demanding work schedule, which includes going overseas for dance performances.

“They understand we’re adults. They treat us like we’re competent human beings who should be able to decide for ourselves what we prioritize in our life,” she said.

Lamblin wants to be a professional dancer for as long as she can.

“Picturing a world where there is no dance in my life is so painful that it is hard for me to imagine,” she said. “I have those pockets of time when I’m onstage and I’m not thinking at all; I’m just being. And it connects you to something that’s a little bit bigger picture than just this one-on-one reflection that we have every day.”