From local bands to a haunted trail to popular Dayton-area food trucks and flight-themed beverages, the inaugural Festival of Flight will offer attendees lots of fun activities.

The festival will feature Wright State Division I soccer, volleyball and softball teams in action, a military veteran softball team and a vintage baseball game; aviation-related educational experiences; a dedicated area with inflatables; and a haunted trail. Read about all the sports action taking place during the festival.

Information about food and beverages, performances, games, sponsorships and vendor space, activities and educational experiences is available at FestivalOfFlight.org. 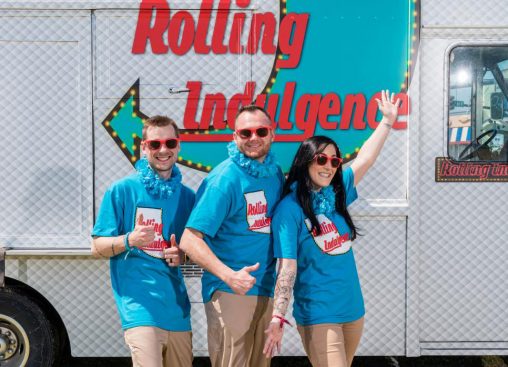 Rolling Indulgence will be among the many popular food trucks and restaurants at the Festival of Flight Oct. 5.

The festival will feature performances by Mad River Dogs, Lights Out and Summer Highway on the City of Fairborn Main Stage. All three bands were invited to perform at the festival after winning the Fairborn Battle of the Bands in July.

Lights Out, a classic and southern rock cover band, will perform from 1 to 3 p.m.

Summer Highway, a cover band that plays a fun blend of pop, country, dance and modern and classic rock, will perform from 3:30 to 5:30 p.m.

Mad River Dogs, which performs a blend of country, bluegrass and rockabilly, will cap off the performances from 6 to 8 p.m.

Festival-goers can enjoy food and beverages in the Flight Food and Drink Hangar, which will open at 11 a.m.

Rolling Indulgence finished in third place on the Food Network series “The Great Food Truck Race” this summer. After competing on the series, the Dayton contestants decided to open their own food truck, which is based on a modern 1950s-style diner.

A beer garden, managed by the Miami Valley Restaurant Association, will offer many tasty choices of beer and flights of wine, in honor of the Festival of Flight.

At 5 p.m., a mascot challenge will take place on the City of Fairborn Stage, during which mascots from around the area will compete against each other. Celebrity judges will select the winner with help from audience members, who will cheer for their favorite mascot.

The winner will serve as the grand marshal of the Golf Cart Parade, which starts at 6 p.m. Wright State students will travel through the festival grounds on golf carts decorated with flight themes.

A haunted trail will open at 7 p.m. 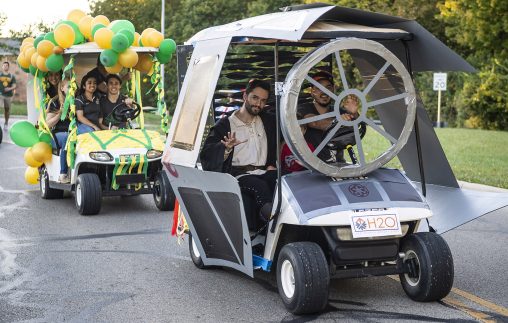 The Student Involvement and Leadership will organize a Golf Car Parade, featuring flight-themed carts decorated by Wright State students, during the festival.