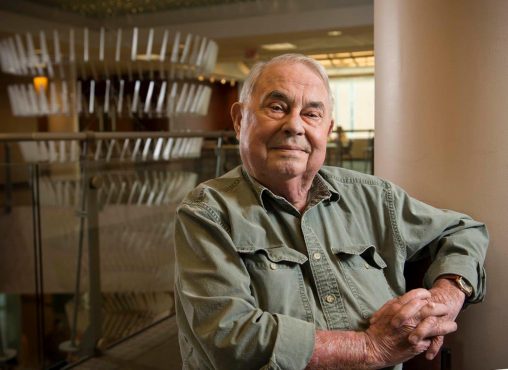 Béla John Bognár, professor emeritus of social work at Wright State University and founder of the Bognár Family Hungarian Scholarship Fund, died of natural causes on Sept. 24. He was 88.

Bognár lived in Hungary through the Soviet occupation of the 1940s and ’50s, when the Soviets confiscated his family’s 10-acre farm. He was an active participant in the Hungarian Revolution of 1956, a spontaneous nationwide revolt against Soviet-imposed policies.

Bognár was with a group of university students who confiscated arms from an army weapons warehouse and took part in 10 days of bloody, block-to-block street fighting. After the revolution, he left Hungary for Belgium and later immigrated to the United States.

Bognár attended the University of Wisconsin, where he earned master’s and doctorate degrees in social work, gerontology, health and mental health policies. He taught a generation of professionals who worked in the field of aging and wrote four textbooks and countless articles on health and aging policies.

Bognár taught social work at Wright State for nearly 30 years before retiring in 2002. During his career, he raised money for Hungarian students, churches, boarding schools and agencies that help abuse victims. Since its inception, the Bognár Family Hungarian Scholarship Fund has awarded more than $700,000 to 255 Hungarian students.

In 2015, Bognár received the Knight’s Cross of the Order of Merit, one of Hungary’s highest state honors. The award is bestowed upon academics, writers, poets and scientists who contribute the most to advance Hungarian causes.

In lieu of flowers, donations are asked to be made to the Bognár Family Hungarian Scholarship Fund.