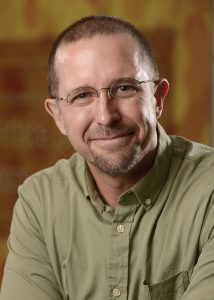 Michael Raymer received the 2018–19 Robert J. Kegerreis Distinguished Professor of Teaching Award. Raymer serves as professor of computer science and associate chair of the Department of Computer Science and Engineering.

Raymer’s achievements in research are nationally known and acclaimed. He led a team that received funding from the National Science Foundation for the nation’s first NSF-supported undergraduate program in bioinformatics. He has also written numerous journal and conference articles that have been cited thousands of times.

While Raymer’s scholarly achievements are worth recognition alone, it’s his passion for teaching and passing on his knowledge to others that makes him stand out. His student feedback evaluations are consistently among the highest in the College of Engineering and Computer Science. Raymer’s students praise the way he conducts his lectures, the quality of his course materials and his genuine care for their success.

“His student evaluations are perhaps the most positive among the entire faculty,” said one of his colleagues.

Raymer’s passion for teaching has impacted the lives of countless students, and his ability to translate knowledge to others has inspired the careers of many young men and women in an ever-growing field.