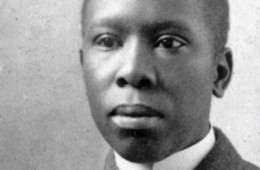 Paul Laurence Dunbar is widely acknowledged as the first important black poet in American literature. He enjoyed his greatest popularity in the early twentieth century following the publication of dialectic verse in collections such as Majors and Minors and Lyrics of Lowly Life.

Wednesday, Feb. 8, Presentation of In His Own Words

Recalling the literary genius of the late Virginia Hamilton. Hamilton’s husband and author, Arnold Adoff, will perform the reading.

Calling on all talents in the greater Dayton area. Participants of this open mic event may perform work by, about or inspired by Dunbar.

Film screening on The Black Power Movement in the ’60s and ’70s. Screening followed by a panel discussion

Did black confederate soldiers fight for the south because they were slaves or because they believed in the cause? This presentation addresses these highly controversial issues.

Light refreshments will be provided

Thursday, Feb. 23, Black Panther to Barack Obama: The Politics of Hope and Change

Ohio State professor Hason Jeferies will present. He will also draw on elements from his book, which discusses origins of the Black Panther Party in Alabama.