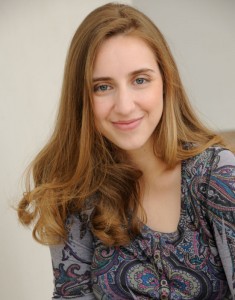 Samantha Helmstetter will perform this weekend in Wright State's production of "Berlin to Broadway with Kurt Weill."

Wright State senior musical theatre major Samantha Helmstetter is a semi-finalist in a national singing competition that has sent winners on to play leading roles on Broadway.

The prestigious Lotte Lenya Competition honors the work of legendary musical theatre and opera composer Kurt Weill and bears the name of his wife.

“More than a vocal competition, the Lenya Competition is a theatre singing contest that emphasizes wide-ranging repertoire and the acting of songs and arias within a dramatic context,” according to the website of The Kurt Weill Foundation, which operates the contest. “Previous winners have gone on to play leading roles on Broadway, in regional theaters and international tours and in major opera houses in the United States and Europe.”

Helmstetter entered by submitting a DVD of herself singing four different songs representing a range of musical styles. As a semi-finalist, she will travel to New York City to perform her selections live before a panel of judges. Those who move on to the final round will perform in Rochester, N.Y., in April.

“I chose pieces that I’m able to personalize in a dramatically specific way,” said Helmstetter, whose song selections include “Wonderful Guy” from South Pacific and “Complainte de la Seine,” a French art song by Weill.

This is the second year that Helmstetter has entered the competition, having made it to the semi-final round in 2011.

Helmstetter is no stranger to Kurt Weill’s work. She will perform this weekend in Berlin to Broadway with Kurt Weill, a musical revue of Weill’s music. The show will be presented in the Herbst Theatre on Wright State’s Dayton campus.

Audiences are sure to recognize many of the songs in Berlin to Broadway, particularly “Mack the Knife” from Weill’s musical The Threepenny Opera. The hit song has been recorded by Bobby Darin, Frank Sinatra, Ella Fitzgerald and Michael Bublé.

Later this spring, Helmstetter will star as Christine in Wright State’s production of Phantom of the Opera. She credits much of her success to the faculty in the theatre department.

“What’s really special is that no matter which class I’m taking, every teacher in the department incorporates and pieces together elements from all our other classes,” said Helmstetter. “We never just sing. We never just dance. Everything is integrated.”

Catch Samantha Helmstetter in Berlin to Broadway with Kurt Weill March 2–4 in the Herbst Theatre in Wright State University’s Creative Arts Center. Tickets are $7 for students and $10 for adults. They go on sale 90 minutes prior to each performance at the Theatre Box Office. Seating in the Herbst is limited, so patrons are encouraged to arrive early.