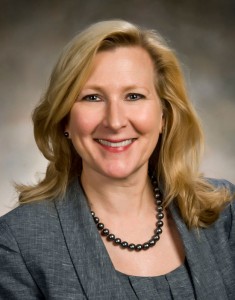 Brenda J.B. Roman, M.D., is one of 54 individuals chosen nationally to be part of the 18th incoming class for ELAM®, the only program in the United States dedicated to preparing senior women faculty for positions of leadership at academic health centers.

Brenda J.B. Roman, M.D., professor and director of medical student education in psychiatry and assistant dean for curriculum development at the Wright State University Boonshoft School of Medicine, was selected as a member of the 2012 – 2013 class of fellows for the Hedwig van Ameringen Executive Leadership in Academic Medicine® (ELAM) Program for Women at Drexel University College of Medicine.

Roman is one of 54 individuals chosen nationally to be part of the 18th incoming class for ELAM®, the only program in the United States dedicated to preparing senior women faculty for positions of leadership at academic health centers, where they can ultimately play a role in academic health organizations becoming more inclusive of different perspectives and responsive to societal needs and expectations. ELAM also aims to increase the diversity of women in leadership positions and to continue to expand its reach beyond the United States.

Roman began her career in academic medicine more than 20 years ago as the first director of community psychiatry in the Department of Psychiatry at the Boonshoft School of Medicine. In addition to her academic responsibilities, she also works at the Samaritan Homeless Clinic, serves as psychiatric consultant to the University of Dayton Counseling and Wellness Center and maintains a small private practice of psychotherapy. Roman attended medical school at the University of Nebraska Medical Center and completed her residency at University of Cincinnati Hospitals. She is certified by the American Board of Psychiatry and Neurology.

In order to be accepted into the program, Roman was nominated by Howard Part, M.D., dean of the Boonshoft School of Medicine, and was supported by faculty members Jerald Kay, M.D., and Margaret Dunn, M.D., M.B.A., who was a member of the first ELAM class. ELAM continues to cultivate strong partnerships with participating institutions throughout the year-long fellowship, which began in May. One aspect of this relationship is the curricular requirement to conduct an institutional action project, developed in collaboration with the fellows’ dean or other senior official. These action projects are designed to address an institutional or departmental need or priority. To complete this portion of the program, Roman will chair the steering committee overseeing the various task forces involved in a curriculum reform at the Boonshoft School of Medicine.

ELAM is a core program of Drexel University’s International Center for Executive Leadership in Academics, housed at the Institute for Women’s Health and Leadership® at Drexel University College of Medicine in Philadelphia. The Institute continues the legacy of advancing women in medicine that began in 1850 with the founding of the Female Medical College of Pennsylvania, the nation’s first women’s medical school and a predecessor of today’s Drexel University College of Medicine. For more information on the ELAM program curriculum, faculty and participants, visit www.drexelmed.edu/elam.