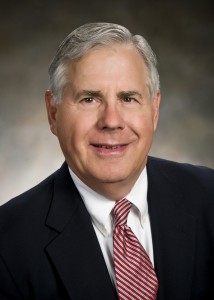 William Chumlea, Ph.D., Fels Professor of Community Health and Pediatrics and executive director of the Lifespan Health Research Center, is a prolific author of more than 200 peer-reviewed articles and has been an essential participant in securing more than $20 million in extramural funding over 33 years with the Boonshoft School of Medicine.

But no numbers are needed for any parent to relate to the true impact of Chumlea’s scholarship. Pediatricians routinely use the tool his team developed for tracking normal growth and development during a child’s annual checkup, and it is critical in health promotion and disease prevention. Tracking a child’s height, weight, and head circumference over time is critical since “falling off” the growth chart can be an early marker of a serious underlying medical condition.

Chumlea began his career at Wright State University in 1978 following service in the Army, including overseas duty in South Vietnam and West Germany. He joined Wright State as a member of the Department of Pediatrics and a research scientist at the Fels Research Institute—now the Lifespan Health Research Center in the school’s Department of Community Health.

As a primary investigator of the Fels Longitudinal Study, he has played an integral role in developing the study from its original purpose of studying human growth and development through childhood into one that covers the human lifespan.

Much of Chumlea’s work has been to create U.S. and international standards used in clinical evaluations, such as childhood growth charts and measurement methods for quantifying the nutritional status of the elderly. Numerous federal agencies have tapped his expertise in anthropometry and body composition. He has been instrumental in researching and advising in major international studies aimed at developing measurement standards for fetal growth and infant nutrition.