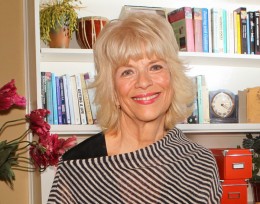 Wright State University professor Mary Beth Pringle has been named one of the Ten Top Women of 2012 by the Dayton Daily News.

Each year since 1962, the Dayton Daily News has recognized 10 women who are leaders in the Dayton community and contribute their time and talent for the greater good. The Ten Top Women of 2012 were recognized at a Dayton Daily News–hosted luncheon on Dec. 4 at the Benjamin and Marian Schuster Performing Arts Center.

“What a thrill to be named to the Dayton Daily News Ten Top Women Class of 2012,” said Pringle. “It’s gratifying to be reminded that the community values the important day-to-day work we do at Wright State.”

She contributed to the establishment of the Wright State Women’s Studies program and the university’s Women’s Center. She also chaired a research project that helped bring salary equality to female faculty in comparison to their male peers.

The group of Pringle’s colleagues who nominated her for the Ten Top Women said she has made “wide-ranging and profoundly influential contributions . . . to improving the lives of women in the workplace.”

In addition to Pringle, two of this year’s Ten Top Women have Wright State connections. Connie Muncy graduated from the university with a bachelor’s degree in chemistry and Katherine Platoni, Psy.D., serves as a clinical/voluntary faculty member for the School of Professional Psychology.