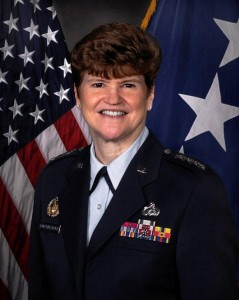 Wolfenbarger, a graduate of Beavercreek High School, was in the first class at the United States Air Force Academy to include women. As commander of the Air Force Materiel Command, Wolfenbarger is responsible for leading 82,000 people and managing an annual budget of more than $60 billion.