She started dancing before audiences on the dugouts at Dayton Dragons games. Now Scotti Stoneburner is studying dance at Wright State University with dreams of dancing professionally. 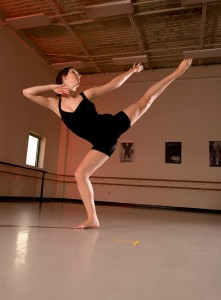 Wright State sophomore Scotti Stoneburner has wanted to be a professional dancer since she was 12.

The Wright State sophomore has known she wanted to be a professional dancer since she was 12, and decided to major in dance in college to learn as much as she could about the profession.

After graduation, she hopes to dance on a cruise ship and see the world. She would also like to perform on television or in music videos. Later in her career, she hopes to join a dance company so she can be based in one location.

Stoneburner first became interested in dance, when, as a 5-year-old, she attended a friend’s dance recital. Once she started dancing she was hooked.

When Stoneburner started taking dance more seriously and learning more styles, her dance teacher told her mother she was a natural and encouraged her to stick with dance. The encouragement motivated Stoneburner.

She danced for about four years at Dayton Dragons games with the Mini Dugout Dancers. Performing in front of a crowd never intimidated her. “I loved being in front of all those people and getting to dance,” she said.

She also participated on a competition team with the Jeanette Popp School of Dance, now known as the Dayton Dance Conservatory. 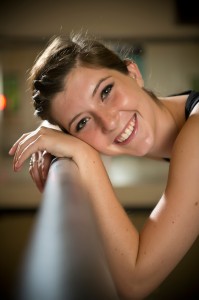 Scotti Stoneburner will dance in this fall’s production of Oklahoma and in the Emerging Choreographers Concert.

When she was 16, she went to Los Angeles to successfully audition for the Tremaine Dance Conventions. She traveled around country teaching large groups of students, served as an assistant to the dance faculty and worked competitions. The experience taught her a lot about the professional dance world.

During the last four summers, she has returned to the Dayton Dragons, performing between innings with fun things like shooting T-shirts into the crowd and working with the mascots.

“I love the maintained chaos of it all,” she said.”

When Stoneburner talks about dancing, she emphasizes how much she loves being able to dance fast. Her favorite dance style is jazz because, she said, “I really like going as fast as I can,” she said. “I like not being as structured as ballet is.”

For this self-described “adrenaline junkie,” performing provides a rush. “As soon as that music starts and the spotlight hits you, you’re just like, ‘this is going to happen, we’re going to do this together,’” she said.

That euphoric feeling isn’t limited to when Stoneburner’s in the spotlight. “Even if I’m backstage,” she said, “you get that adrenaline rush when you see a lot of people in the audience.”

But dancing fast isn’t the only thing Stoneburner loves about her art. She also relishes the opportunity to create a character on stage, to be someone different. “I really liked being goofy or serious or dramatic,” she said. “I really like creating my own image out of it.”

Participating in the performing arts runs in the Stoneburner family. Her brother is also a dancer and actor in high school and is considering studying theatre at Wright State, and her father, David Stoneburner, is the TV/video production manager at Wright State and is an avid fan of musical theatre.

She knows she’s lucky to have a supportive family who tells her “‘you can do it, it’s going to be hard but you’ve just got to push through.’” 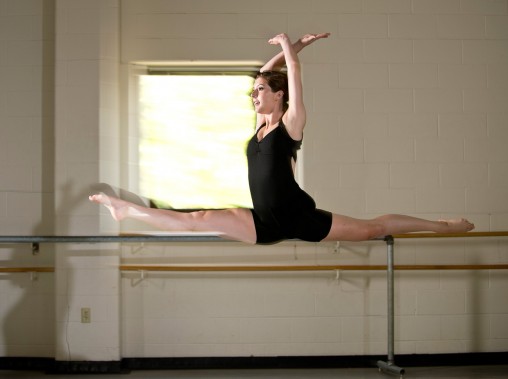 During her first year at Wright State, Stoneburner performed in the fall dance concert organized by dance majors, the Emerging Choreographers Dance Concert and the program’s main Spring Dance Concert.

This fall, she’s been cast as a dancer in Wright State Theatre’s production of Oklahoma and in three pieces in the junior-senior Emerging Choreographers Concert.

Stoneburner is looking forward to the challenge of performing in a musical. “I’m really excited to see what it takes to build a musical,” she said. “I’ve never been in a solid two-and-a-half-hour show. I’ve always been in four- or eight-minute pieces.”

Wright State dance majors devoted much of their time in classes and rehearsal. As a sophomore this fall, Stoneburner will take dance classes for three hours every weekday. She will also spend six hours a week rehearsing for the Emerging Choreographers Concert and four to five hours a day rehearsing for Oklahoma.

The Dance Program includes 30–40 students and they’re a close group. “I love that I know everything about everyone here,” she said, “and that we’re a really close family.”