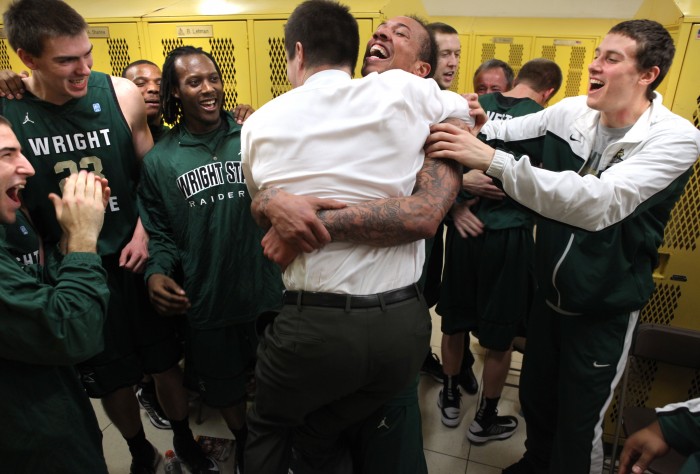 The national sports media is beginning to share the optimism of Wright State men’s basketball fans looking forward to the 2013–14 season.

USA Today listed the Raiders among five mid-majors with “bracket-busting potential” in this Sept. 25 article. The article noted Wright State is expected to return the top nine scorers from a team that won 23 games a year ago. That list also included Harvard, Denver, New Mexico State and Elon.

USA Today also listed Wright State at No. 52 among the 68 teams expected to qualify for the NCAA tournament in this article. The article predicts a No. 13 tournament seed for the Raiders.

Many other national publications are picking the Raiders to take part in March Madness, including College Sports Madness, Big Apple Buckets, the Blue Ribbon Yearbook, Sporting News, and Lindy’s Sports.

The Raiders host the University of Findlay in an exhibition game Nov. 1. The home and regular-season opener is Nov. 10 against Mount St. Joseph.