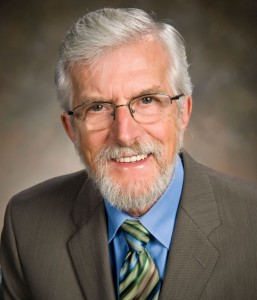 David Barr is emeritus professor of religion and former chair of the Department of Religion, Philosophy and Classics at Wright State

Wright State University emeritus professor David Barr will discuss “The Politics of End Times” when he delivers the 2014 Piediscalzi Lecture on Wednesday, April 2.

The lecture, “Jerusalem, Jesus and Jihad: The Politics of the End Times,” will be held 4–5:30 p.m. in the Discovery Room in the Student Union. It is free and open to the public

Barr, Ph.D., is emeritus professor of religion and the former chair of the Department of Religion, Philosophy and Classics. He was named the Brage Golding Distinguished Professor of Research from 2004 to 2006. He recently completed a semester as scholar in residence at John Carroll University, where he did research and lectured on Jewish, Christian and Muslim conceptions of the end times.

Read the complete story on the FairbornDailyHerald.com