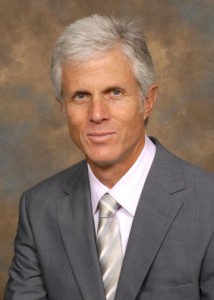 Lindheim is seeing patients at the Wright State Physicians Health Center on the campus of Wright State University, and at his office in the Berry Women’s Pavilion at Miami Valley Hospital in Dayton.

Lindheim is a professor in the Department of Obstetrics and Gynecology at the Wright State University Boonshoft School of Medicine and director of the Division of Reproductive Endocrinology and Infertility.

Before coming to Wright State, Lindheim was medical and scientific director at the Arizona Reproductive Institute. He also has served as the director of the University of Cincinnati Center for Reproductive Health. With 20 years of experience, he is known nationally and internationally for his expertise in infertility. He has been published in more than 100 scientific publications. His areas of research include in vitro fertilization, third-party reproduction, bioethics and minimally invasive surgery. He was named a “Top Doctor” by U.S. News & World Report and placed on the Best Doctors in America list.

He graduated from Temple University School of Medicine and was a resident at Pennsylvania Hospital in Philadelphia. He completed a fellowship in reproductive endocrinology and infertility at the University of Southern California at Los Angeles and earned his master’s degree in medical management at Tulane University in New Orleans. He is board certified in both obstetrics and gynecology and reproductive endocrinology and infertility by the American Board of Obstetrics and Gynecology.

Wright State Physicians Inc. is comprised of more than 150 physicians affiliated with the Wright State University Boonshoft School of Medicine. The group provides primary and specialty care in a wide range of specialized diagnostic and treatment services throughout the Dayton region.