For the kids: This is the mantra that will drive hundreds of students to dance for 15 straight hours at Raiderthon, Wright State University’s second annual dance marathon.

On Saturday, Nov. 15, from 10 a.m. to 1 a.m., students will be on their feet in the Student Union Apollo Room, boogying all day and night to raise money for Dayton Children’s Hospital. 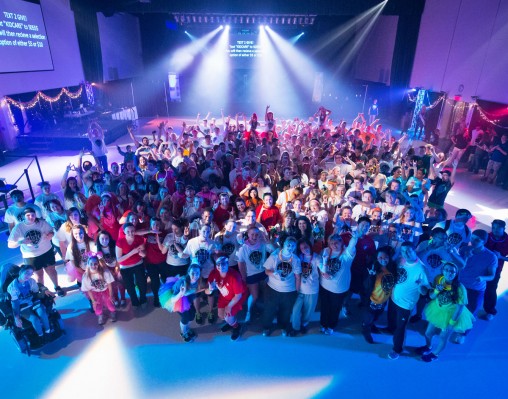 This year’s Raiderthon will be hard-pressed to top last year’s event, which raised $50,389 for Dayton Children’s Hospital and brought more than 600 Wright State students, staff and faculty together. The event received the honorary Outstanding Youth Award from the Greater Dayton Region Chapter of the Association of Fundraising Professionals.

Jackie Kucirka, president of Raiderthon, is wildly ambitious. The goal for this year’s Raiderthon is to raise more than $60,000.

“It’s going to be an experience unlike any other,” said Kucirka. “The dance marathon is for such a great cause. Dayton Children’s Hospital has earmarked the money we’re going to raise to buy life-saving equipment for their patients.”

Dayton Children’s provides care every year for more than 290,000 infants, children and teens. The hospital offers everything from checkups to specialty clinics to intensive care and surgeries.

Kucirka said a majority of the raised money will be spent on giraffe beds in the neonatal intensive care units, where premature or ill infants are cared for. Giraffe beds provide a safe and sterile environment for infants and can turn into operating tables if something goes wrong. 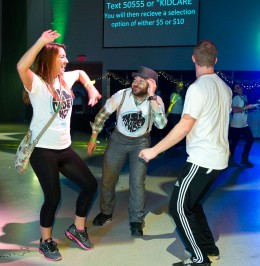 In addition, the money will be spent on hospital renovations as well as recreational items for children like toys, games, coloring books and other items to make the children’s stay at the hospital more enjoyable.

The youth outreach doesn’t stop there, though. Kucirka said the entire dance marathon is centered on 16 miracle kids who have been treated at Dayton Children’s Hospital.

“They’re the ones who were or are currently battling life-threatening illnesses or disorders. Some were treated at birth, others became patients later in life,” said Kucirka. “They are called miracle kids because they have overcome things in their lives that others can’t really imagine.”

All 16 miracle kids and their families will be at Raiderthon. Just like the students, they’ll spend the day dancing. Every hour of the event will be dedicated to one of Raiderthon’s miracle kids and will showcase his or her inspiring stories.

“One miracle kid, Carmine, was 13 ounces when he was born. One of the things that saved his life was a giraffe bed,” said Kucirka. “We think of this and we’re beyond inspired to raise the money to finance Dayton Children’s in purchasing more beds to save more kids’ lives. Carmine would not be around today if it weren’t for that bed.”

Dancing for 15 consecutive hours is no small feat. That’s why Raiderthon appointed a handful of morale captains who are in charge of keeping the enthusiasm and energy flowing for the entire event.

“There’s going to be so much to do,” said Adam Center, morale chair of Raiderthon. 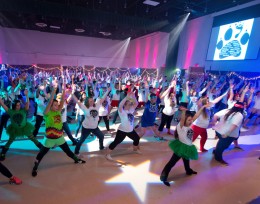 To help dancers stay energized through the 15-hour dance marathon, Raiderthon will include many fun activities like Zumba.

“We have different clubs and organizations coming to the event to perform,” said Center. “The club soccer team will perform soccer tricks since a couple of the miracle kids enjoy the sport so much. We have dance teams, club cheerleading to teach the crowd some cheers and the Wright State fight song, as well as the Wright State improv group to do a couple of ‘Whose Line is it Anyway’-themed skits.”

Center said he is honored to be a part of something so much bigger than himself.

“Raiderthon proves that Wright State students are taking initiative,” he said. “With all of the tools the university has given us, we’re making the most of them and giving back to the community. Raiderthon definitely lives up to the ‘service’ cornerstone of Wright State’s mission.”

“I just can’t wait to see the look on the miracle kids’ faces when they come to the dance marathon,” said Kucirka. “At Raiderthon, they’re going to be rock stars.”

Learn more about Raiderthon and register for the event at wsuraiderthon.org.