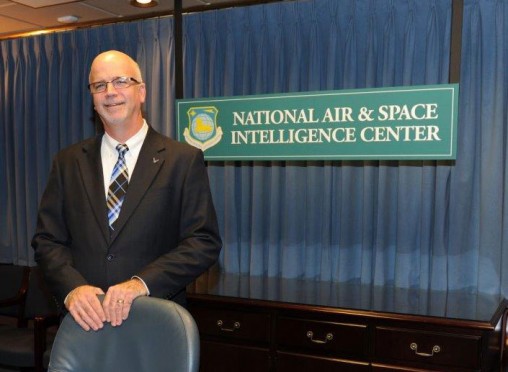 When America suffered the devastating terrorist attacks of 9/11, life at the National Air and Space Intelligence Center (NASIC) got a whole lot crazier.

Curtis Rowland, currently chief scientist for the secretive, highly classified center at Wright-Patterson Air Force Base, remembers volunteering to personally patrol the building’s perimeter in the immediate wake of the attacks.

“There were two of us walking around in the dark,” Rowland recalled. “I remember thinking how much my life had changed in one day.”

Rowland’s stint at NASIC — the Air Force unit that analyzes intelligence on foreign air, space and cyber threats — has indeed been life-changing.

With two engineering degrees from Wright State University, he has worked in almost every major mission area at the center over his 32-year career there, including serving as the nation’s expert on the guidance system of long-range cruise missiles carried by Soviet bombers.

Following the fall of the Berlin Wall and end to the Cold War with the Soviet Union, it was Rowland who put together a team of weapons analysts tasked with identifying which countries the organization should focus on because they were building up their military forces and developing weapons systems for their arsenals.

“We were surprised how well the team was able to do that,” he said.

The 54-year-old Rowland has come a long way since growing up in Xenia, Ohio, the son of a millwright for Delco Products in Kettering. It was a boyhood of such things as playing softball and taking a bus to pick up kids for church services. And it was punctuated by the killer tornado of 1974, a beast that left more than 30 people dead.

“It was coming right toward our house and veered off,” he said.

Rowland got his first taste of science and electronics in a high school shop class. That passion was later cemented when he shadowed an engineer at Wright-Patterson as part of an Engineer-for-a-Day program.

“I really liked what he was doing,” Rowland recalled. 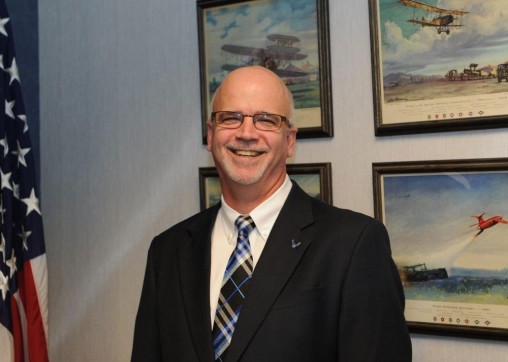 As he was finishing high school, he got a part-time job at Systems Research Labs as an electronics technician. His fascination with electronics was fueled by its mysterious ability to make things happen.

“It was seeing it do things you never thought it could do,” he said.

Not many members of Rowland’s family had gone to college, and he remembers thinking about taking up a trade. But in 1978 he enrolled at Wright State to study computer engineering and quickly switched to electrical engineering, obtaining his bachelor’s degree in 1982.

After graduation, he had several job offers. One was selling copy machines, another was at Wright-Patterson inspecting computer code. A third was from the Foreign Technology Division, which reverse-engineered foreign weapons systems and was a forerunner to NASIC.

“They asked me if I would like to be the nation’s expert on guidance systems of Soviet long-range cruise missiles and brief three-star generals,” Rowland recalled. “I said, ‘Where do I sign up?’”

He loved the challenge of trying to figure things out that nobody else could.

“It was about mystery and secrets,” he said.

“We walked down the aisle at graduation together in 1988. I always tell her that I turned her into a Raider,” he said

Rowland returned to NASIC, where he would hold more than a dozen different jobs over his career there.

“NASIC has given me a fantastic opportunity to do so many things,” he said.

Several areas at NASIC are devoted to operations in which data is processed and information from various domains is integrated.

The workforce is not just engineers and scientists. About 30 percent are employees with expertise in such areas as political science and international relations.

In 2009, Rowland earned a Presidential Rank Award as a Meritorious Senior Professional. And in October, he was named chief scientist at the agency. He is the equivalent of a one-star brigadier general and is a primary adviser to the military commander.

His goals as chief scientist include sharpening the agency’s focus by spending more time on key intelligence questions, better synchronizing analytical activities, automating more of the analysis processes and creating a more robust knowledge base.

Days are a blur of organizational meetings, status reviews of work initiatives and briefings with his analysts.

“It invigorates me to see their passion,” he said. “Today the job is more about leading our analysts and production. It really allows me to focus on the big picture.”

Rowland credits Wright State with laying the groundwork for his career trajectory.

“I think of how much opportunity and the things I’ve been able to do because of that training, that education,” he said. “It has not only changed my life, but it has really had a big impact on my entire family including the beginnings of impacting the next generation.”

Rowland has four children, two daughters and two sons ranging in age from 15 to 22. They were all captains of their high school swim teams and active in their school’s theater programs.