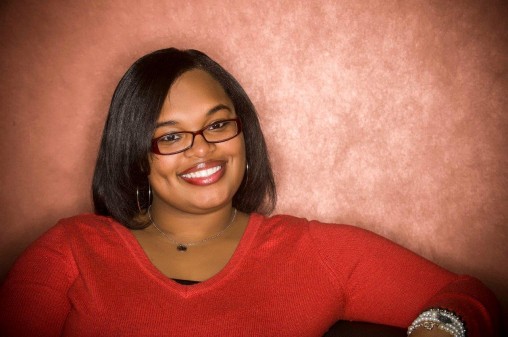 Diamond Williams links social work with mental health and community activism. Her early knowledge of Wright State and her father’s connection drew her to the university.

Even though she grew up in Cleveland, Diamond Williams got an early look at Wright State University as a young girl — from the back of her father’s wheelchair.

Her father, Daryl Williams, was left paralyzed in a traffic accident when his daughter was only 2. But he enrolled at Wright State in 1999, and Williams would come down from Cleveland to visit him in the summers.

“He was in a motorized wheelchair, and I would ride on the back through the tunnels,” she said.

Her father, a quadriplegic, would go on to get his bachelor’s degrees in business and marketing. He died about a year ago, donating his body to the Wright State University Boonshoft School of Medicine Anatomical Gift Program.

Williams’ early knowledge of Wright State and her father’s strong connection drew her to the university. She enrolled in 2010 and declared biology as her major.

After a couple of years, however, Williams feared she would not get into medical school and felt a little defeated.

But she discovered the allure of social work and switched her major. 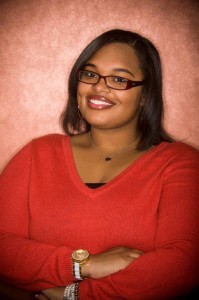 Social work major Diamond Williams is a president’s ambassador, member of the Dean’s Student Advisory Board, Social Work Club representative on the Student Government House of Representatives and works at Student Legal Services.

Williams hopes to use her social work skills and interest in mental health and activism to give back to her community.

“A lot of people with mental health needs don’t get the services they need,” she said. “People need to feel safe and welcome in their community. I’m trying to balance mental health and community because where you were brought up is how your brain works.”

Williams is no less active at Wright State.

She is a president’s ambassador, a student representative for Wright State President David R. Hopkins, and serves on the COLA Dean’s Student Advisory Board. She is also the Social Work Club representative on the Student Government House of Representatives, advocating for her club and seeking support for events.

“I’m always at a meeting, always at an event, always doing something,” she said. “Being at Wright State and being with students, that’s my fun. I like to stay busy.”

Williams is scheduled to graduate in the spring and wants to pursue her master’s degree in social work. She has applied to Wright State and the University of Akron.

She wants to eventually return to the Cleveland area, where her mother works as a dialysis technician and her grandparents own a minimarket near downtown that includes a convenience store, filling station, restaurant and barber shop.

Williams said Wright State is a special place and enables students to succeed because it has every possible resource.