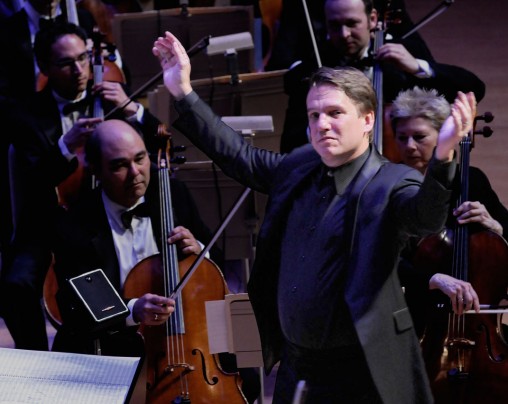 The conductor of the Boston Pops and the BBC Concert Orchestra, Lockhart will teach master classes with School of Music percussion, string, piano and voice students and conduct two performances of Benjamin Britten’s “War Requiem” with the Dayton Philharmonic Orchestra and Chorus and Wright State chorale students.

He will also participate in a program of dramatic readings from World War I with his brother Paul Lockhart, Ph.D., professor of history and the Brage Golding Distinguished Professor of Research at Wright State.

Hank Dahlman, D.M.A., director of choral studies, said the residency will give Wright State music students an excellent opportunity to learn from a conductor “known around the world for his artistry and his ability to bring out the best in every ensemble he conducts.”

All Wright State events take place in Schuster Hall in the Creative Arts Center. They are free and open to the public, but members of the public must register for each event. Wright State community members do not have to register.

The “War Requiem” will be performed Friday, March 13, and Saturday, March 14, at 8 p.m. at the Schuster Center in downtown Dayton. Paul Lockhart will give a pre-concert lecture, on how the “War Requiem” connects with WWI, each night at 7 p.m. 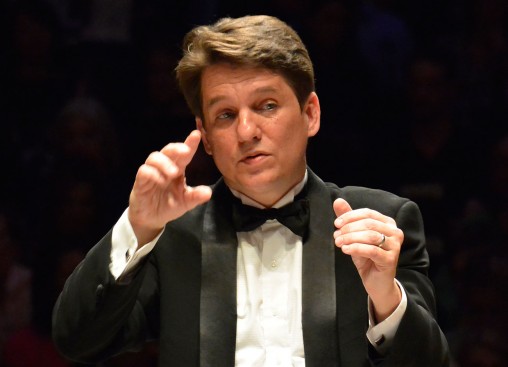 Keith Lockhart and his brother Paul Lockhart, professor of history, will participate in a program of dramatized readings from World War I on March 12. (Photo by Stu Rosner)

Keith Lockhart’s residency and the “War Requiem” concerts are part of “A Long, Long Way: Echoes of the Great War,” organized by Wright State’s Ohio Center of Excellence in Collaborative Education, Leadership and Innovation in the Arts (CELIA).

Focused on the intersection of the war and the arts, “A Long, Long Way” presents music, poetry, exhibits and film to inspire understanding of WWI. The project involves faculty, staff and students from around the College of Liberal Arts, including music, history and English departments.

Kristin Sobolik, dean of the College of Liberal Arts, said it is significant opportunity to have an artist like Lockhart work with students and in the community.

“We are so excited to have artists of the caliber of Keith Lockhart interacting with our students,” Sobolik said. “It allows our students to be able to fine-tune their skills through interaction with artists at the top of their field. CELIA is all about this interdisciplinary, community engagement.” 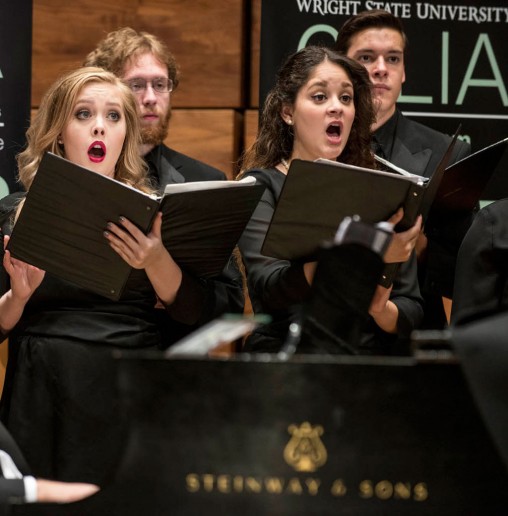 Wright State chorale students will participate in master classes with Keith Lockhart and perform the “War Requiem” with the Dayton Philharmonic Orchestra and Chorus on March 13 and 14.

Producing the “War Requiem” is a major undertaking.

This is the third time Dahlman, who is also director of CELIA and the Dayton Philharmonic Orchestra Chorus, has prepared for a performance of the “War Requiem.”

He described it as “one of the singular great masterworks of the 20th century and one of the greatest masterworks for orchestra and chorus that’s been written in any century.”

The performances will be a life-altering experience for many students, he said.

“Our students are tackling this with energy and verve and passion. They love this piece,” Dahlman said.

Although Britten wrote the “War Requiem” in the early 1960s, he set the traditional Roman Catholic Mass for the Dead with poems about war by the English poet Wilfred Owen, who was killed during World War I.

“It’s less of a direct reaction to World War II than it is a reaction to an era that World War I ushers in — this bleakness of the world in the 20th century,” said Paul Lockhart, who organized “A Long, Long Way” as the CELIA Senior Fellow.

“It’s the sentiment that is very much a product of that generation, of feeling loss and betrayal and the end of everything that was once good and light in the world,” he said.

The idea to perform the “War Requiem” largely was Keith Lockhart’s. When Paul Lockhart was putting together a proposal for his CELIA Fellowship, he recalled asking his brother: “‘If you had to pick one thing to perform in connection with World War I, what would it be?’ Immediately and without hesitation he said ‘Britten’s War Requiem.'”

Keith and Paul Lockhart will appear together on March 12 during “Voices of World I,” a program of dramatized readings of journals, letters and other writings from the war, including a number of writings from local people.

“The whole idea is to bring this from the world and the nation to the region and Dayton specifically,” Paul Lockhart said.

This is not the first time Wright State has collaborated with the Dayton Philharmonic Orchestra. In 2011, music, theatre and dance students and faculty performed Bernstein’s “MASS” with the orchestra and the Kettering Children’s Choir at the Schuster Center. 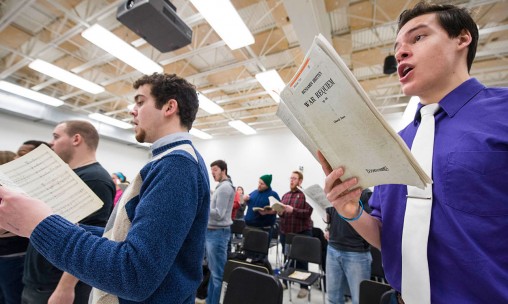 Wright State chorale students have rehearsed for the “War Requiem” performances throughout the Spring Semester.

CELIA will sponsor a free screening of “Gallipoli” on Tuesday, March 10, at 6:30 p.m. in 315 Dunbar Library. Christopher Oldstone-Moore, Ph.D., senior lecturer in history, will offer a preshow commentary.

The final concert in the “Long, Long Way” series for this academic year is the fourth annual “Poetry and Music Concert” on Friday, April 24. The concert will feature classical music inspired by WWI.

The project will continue with an exhibition, Dayton in the Great War, opening at Dayton’s Carillon Historical Park in 2016. Paul Lockhart is working with Dayton History and Wright State’s Special Collections and Archives to organize the exhibit.

He is also producing a documentary examining the war through Dayton, which he says is a “great representative of middle America in 1917, 1918.”