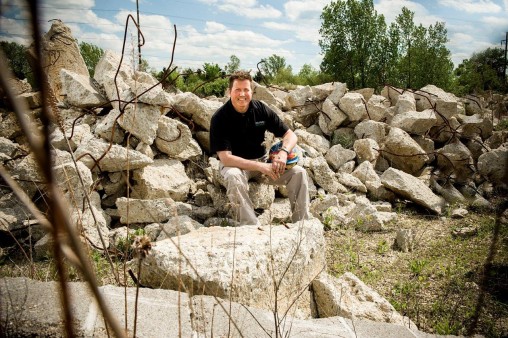 Short-staffed, overtaxed emergency management staffs often lack the capacity to take a deeper dive into historical analysis, leaving them with gaps in their understanding of unseen risks in their communities’ preparedness.

Gruenberg says post-disaster needs can be predicted by studying previous similar disasters and viewing the impact through the lens of economic, political and social conditions. For example, he says the study of the devastating earthquake in Haiti in 2010 suggests that the victims of the April earthquakes in Nepal might have faced an outbreak of cholera.

Gruenberg, of Cedarville, got his master’s degree in history from Wright State and did his thesis on the outbreak of yellow fever in Savannah, Ga., in 1876. The frightening viral disease, which causes hemorrhagic illness and sudden death, left more than 1,000 people dead and prompted more than 5,000 of the city’s 28,000 residents to evacuate.

“The idea was to take that as an example of how you can exploit historical data and use that data for current decision-making,” he said.

Gruenberg has worked as a firefighter in the New York City Fire Department and the Kettering Fire Department. He was a key leader in the development of urban search and rescue team Ohio Task Force One and has deployed 14 times to disasters that included collapse of the World Trade Center as well as hurricanes Katrina, Ivan and Rita.

Through his research, Gruenberg learned that the military has done a better job at predicting the outcome of battles by looking at secondary information collected from previous battles. He then applied that to the disaster world.

Gruenberg said people tend to make the mistake of comparing disasters by only looking at the physical devastation. He has instead developed the “four quadrants of threat,” examining the physical, economic, political and social conditions.

For example, the earthquakes in Haiti and Nepal left similar physical damage and occurred in countries with similar economies, political structures and social conditions. So what happened in Haiti — one of the worst cholera outbreaks in the world — could possibly happen in Nepal, he said.

“If you do your homework,” Gruenberg said, “you can predict you are going to have all of these internally displaced persons in Nepal who are going to be living in makeshift shelters and makeshift camps where you have no purified water, no sanitary food handling. You can predict cholera will be following and get those resources in place faster instead of waiting to react.” 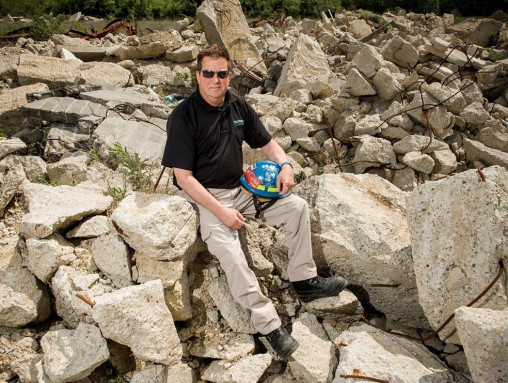 Jim Gruenberg, who teaches in the Department of Kinesiology and Health and for Wright State’s National Disaster Health Consortium, studies disasters throughout history through an exhaustive review of published articles and academic case studies.

The April earthquakes in Nepal killed more than 9,000 people and left hundreds of thousands homeless. By August, there were at least 40 confirmed cases of cholera, according to news reports.

The Haiti earthquake destroyed nearly 300,000 homes and buildings, affected 3 million people and left as many as 160,000 dead. The cholera outbreak that followed has killed more than 8,000 Haitians.

Gruenberg, who teaches Catastrophic Readiness and Response in Wright State’s Department of Kinesiology and Health and History of Disasters for the university’s National Disaster Health Consortium, studies disasters throughout history through an exhaustive review of published articles and academic case studies.

Gruenberg says communities tend to prepare for disasters in a superficial way, not tapping into important information that would give a clearer picture of the impact.

“I think we can do a better job as communities to prepare,” he said.

Gruenberg’s studies revealed that unlike military historians, there is really no such thing as disaster historians. But he says there should be.

Disaster historians could be deployed to places hit by hurricanes, earthquakes, epidemics and other disasters to help support and shape the relief effort.

Jonathan Winkler, associate professor of history and an award-winning author, said that while historians can’t predict the future, they can help people make better decisions.

“Jim’s work shows us how those who will cope with disasters and who study the past better can save more lives faster,” said Winkler. “His exploration of disaster history is one of those excellent places where collaborative work between different parts of our university can lead to exciting new opportunities that will benefit the community at large.”

Gruenberg says emergency management currently rests on the shoulders of a very few people, who know how to go through the checklist of getting a community prepared but are woefully understaffed.

“As a result, community planners may out of necessity default to more superficial evaluations of only the physical conditions of their community,” he said. “A disaster historian who could focus and mine that data for them would be a huge advantage.”