When he first reported for work at Wright State University’s Lake Campus, Jay Albayyari’s first order of business was to meet the faculty and staff — individually.

So he walked around, introduced himself and spent up to an hour with each one — all 100.

“That was the best investment,” said the new Lake Campus dean, who prides himself on connecting with people. “What’s special about this campus is how passionate the faculty and the staff and the community are about the campus. This is one place where I don’t have to worry about people leaving and taking other positions.”

The 48-year-old Albayyari brings an engineering background and a colorful career to the job. He has three engineering degrees from the University of Cincinnati, has worked on the Star Wars missile defense program and has sent an experiment up on the Space Shuttle. 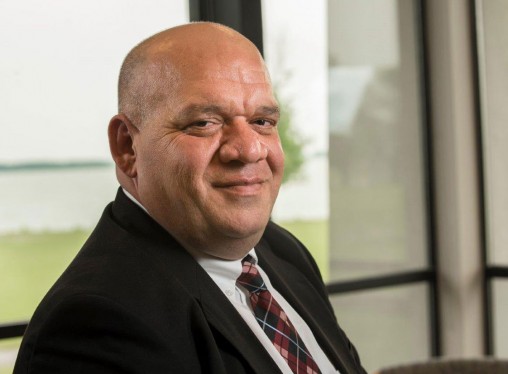 Jay Albayyari, the new dean of Wright State’s Lake Campus, sought the job because he wanted to lead a college campus with a lot of potential and help it prosper. (Photos by Will Jones)

He says he sought the Wright State job because he wanted to lead a college campus with a lot of potential and help it prosper. He and his family live in a condo two miles from the Lake Campus, where he’s been working since April 1 before officially taking the job July 1.

In the next five years, Albayyari hopes to double or even triple enrollment at the Lake Campus from its current 1,147 students. He also wants to further develop the campus’ technical programs, help raise money to build an advanced-manufacturing center, create a water quality institute, build a new athletics facility and offer noncredit, professional-development classes for workers at nearby companies.

“There is a lot of exciting stuff going on. We have a lot of new initiatives,” he said. “It’s an outstanding opportunity for us to grow this campus. The future is very bright.”

Albayyari was born and raised in Doha, Qatar, an oil-rich Persian Gulf nation that borders Saudi Arabia. His father was general manager of a large car dealership there.

After graduating high school in 1984, Albayyari moved to Cincinnati, where one of his cousins was living. He began studying mechanical engineering at the University of Cincinnati and got a co-op job with Eastman Kodak in Dayton. 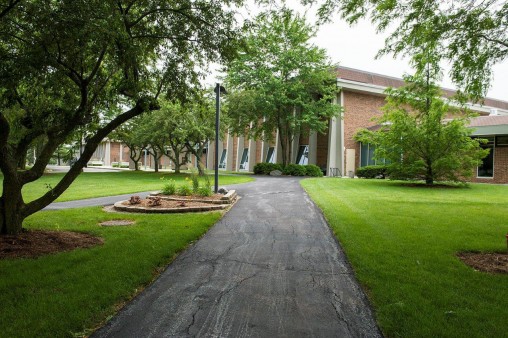 Jay Albayyari’s plans for the Lake Campus include increasing enrollment, developing its technical programs, raising funds for an advanced-manufacturing center and creating a water quality institute.

After obtaining both his bachelor’s and master’s degrees in mechanical engineering, he landed a job with Hughes Aircraft Co. Missile Systems Group in Tucson, Arizona, where he worked on the Star Wars program and the AMRAAM air-to-air missile program.

Albayyari later returned to the University of Cincinnati, where he got a $200,000 NASA grant to work with Boeing Aerospace and NASA Lewis Research Center to investigate cryogenic fuel behavior in zero gravity. He helped create an experiment that was taken aboard the Space Shuttle Endeavour in 1996.

“It was the highlight of my career,” he said.

Abayyari knew all along he wanted to be in administration.

“I like the management aspect,” he said. “I think I communicate well with folks. They know that I care. I consider myself a good motivator and want to make sure people excel and reach their goals.”

But Albayyari’s winning personality, ability to communicate and leadership qualities faced a challenge when he arrived in America. The change in culture and nuances of the English language made it difficult for him to fully express himself.

Especially tricky was humor, which Albayyari had used successfully in Qatar to connect with people. He would watch and study late-night talk show comedians Johnny Carson and David Letterman to try to understand American humor and what was considered funny. 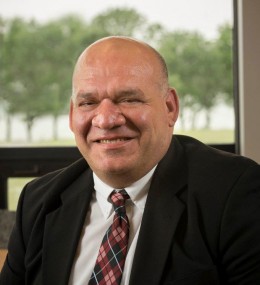 Prior to joining Wright State, Jay Albayyari worked on the Star Wars missile defense program, sent an experiment up on the Space Shuttle and taught engineering at several universities in neighboring states.

“You have all of this personality and ability to communicate and be funny and to connect with people, but you can’t get it out,” he said. “It continues to be a challenge, but I think I broke through.”

After coming to America, Albayyari’s love for soccer morphed into a passion for football. He is a diehard Cincinnati Bengals fan and loves NASCAR, especially Dale Earnhardt Jr.

“I’m a sports fanatic. I watch all kinds of sports,” he said. “That relaxes me.”