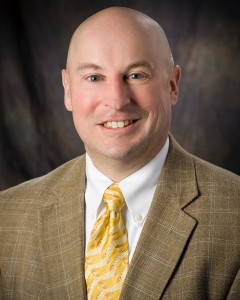 Wright State University has received the largest government contract award for research in its almost 50-year history, an award that could earn up to $42.5 million if the contract runs its intended six years.

Human-Machine Teaming for ISR Analysis will pursue new knowledge that supports AFRL in its daily efforts to develop, test, evaluate and transition integrated human-centric technology solutions in the ISR community. The ultimate goal is to improve the performance of airmen who process, exploit, analyze, produce and disseminate ISR data and information.

“This new award is a pinnacle achievement. I am proud that the institute’s determined group of researchers, program managers and associates have accomplished so much in just a few years,” Wright State President David R. Hopkins said. “The new $42.5 million award underscores how far WSRI has come and how it has positively impacted the state with its research and growth.”

The university launched the Wright State Research Institute in 2007 to increase government and industry-sponsored research dollars in the Dayton region.

“We answered the call to create more opportunity for applied research and advance job creation in Ohio,” Hopkins said. “As a 21st century model of higher education, in which collaboration and experiential learning are essential for the economy, Wright State is uniquely positioned to do that. Today, our talented researchers, aided by outstanding students, continue to raise the academic and research reputation of the university.”

In 2012, under a $7.9 million contract with the U.S. Air Force, the Analyst Test Bed (ATB) was established as a WSRI program. ATB was designed to test innovative processing, exploitation and dissemination technologies and capabilities within a realistic, multi-intelligence analyst environment that is optimized to deliver to the analyst the most information with the least possible workload.

That contract marked a beginning for ATB personnel to work with the Air Force to research measurable improvements in human systems technologies regarding ISR and ISR analysis.

A WSRI team of 10 professional researchers, scientists, Wright State faculty and students will work on the Human Machine Teaming for ISR Analysis contract under the direction of Analyst Test Bed Program Manager George Raihala. The ATB team’s work will be supplemented by subcontractors, many of whom teamed up with WSRI previously.

“RHXM’s collaboration with the Analyst Test Bed is to ensure that the human is considered the central part of any improvement program. Learned knowledge is applied to concept design and development, and then those designs are tested in a simulated analyst environment, which ultimately transitions technology to the warfighter,” said Raihala.

“Our ATB team has truly become ‘one team’ with RHXM, together gaining the experience and talent necessary to improve intelligence analyst performance,” Raihala said. “It will be great to continue the momentum we have built together.”

“This contract award to WSRI is crucial to our continued success as an ISR research organization,” said David Shahady, chief of the Human Analyst Augmentation branch. “The work we will be pursuing under the new contract will design, develop, test and deliver critical analysis tools to our airmen.”

On March 2, Wright State won a $14 million contract from the Air Force Research Laboratory (AFRL) Sensors Directorate for “Sensing and Information Research Center for Understanding Systems,” or SIRCUS, a program that supports multidisciplinary research in fundamental sensing and sensor exploitation technologies. In June, WSRI’s Remotely Piloted Aircraft program received a $7.5 million extension to its original contract with AFRL that was enacted in 2011.

For Wright State’s researchers, these contracts have a potential ceiling commitment of $64 million, spread over several years, awarded in 2015 alone for collaborative work between WSRI and AFRL.

“The institute’s growth and collaboration with faculty continues to expand in neuroscience, health care, remotely piloted aircraft, human performance/human effectiveness, sensors and of course the Analyst Test Bed,” said Dennis Andersh, executive director of the Wright State Research Institute. “Our success is a culmination of the insitute’s model developed in 2007 and our talented teams, and we are well-positioned to continue that growth.”