Gary LeRoy elected to AAFP Board of Directors 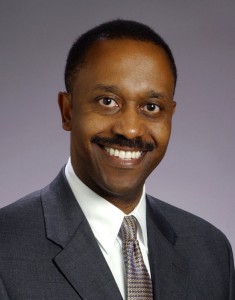 Gary LeRoy is the associate dean for student affairs and admissions at the Wright State University Boonshoft School of Medicine.

Gary L. LeRoy, M.D., associate dean for student affairs and admissions at the Wright State University Boonshoft School of Medicine, was elected to the Board of Directors of the American Academy of Family Physicians (AAFP) this week at the medical society’s annual meeting in Denver.

LeRoy, an associate professor of family medicine, is a lifelong Daytonian and public servant. He serves the underprivileged as a staff physician at the East Dayton Health Clinic. He served the clinic as medical director from 1994 to 2008 and helped secure funding to remodel and expand the center and its services.

He has been a member of the AAFP since 1991, serving in leadership roles at both the state and national level. Since 2010, LeRoy has served as an Ohio delegate to the AAFP Conference of Delegates. He served as chair of the Commission on Education and has also chaired the Commission on Membership and Member Services. He served as president of the Ohio Academy of Family Physicians (AFP) from 2004 to 2005 and serves as a board member. In 2014, he was recognized with the Ohio AFP Family Medicine Educator of the Year award. In 2004, he was honored with the Family Physician of the Year award from the Miami Valley Academy of Family Physicians.

LeRoy earned his both his bachelor’s and medical degrees from Wright State. He completed his residency at Miami Valley Hospital Family Practice Residency and a fellowship at Michigan State University Primary Care Faculty Development Fellowship.