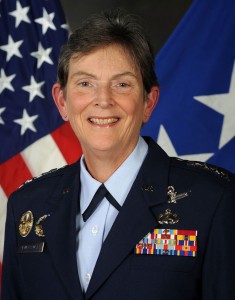 Students from Wright State and area high schools will have a chance to gather with women leaders in STEMM fields during a special event.

The Women in STEMM Leadership Institute will take place Sunday, Oct. 25, 4:30 to 7:30 p.m. in the Apollo Room of the Wright State Student Union.

The event will bring together more than 300 women students and leaders across diverse industries to address the Dayton area’s future, with a special interest in STEMM, or science, technology, engineering, math and medicine.

The Women in STEMM Leadership Institute is geared toward female students in high school and college and professional women open to discussing their roles within STEMM and providing advice to students.

The event will allow students and prominent leaders from local industries and governments to network during table discussions.

“This event is an outstanding opportunity for the Dayton region to celebrate and foster the advancement of women in science and engineering, which may be the greatest untapped resource in today’s knowledge economy,” said Nathan Klingbeil, dean of Wright State’s College of Engineering and Computer Science.

The highlight of the event will be remarks from Dayton Mayor Nan Whaley and a keynote address by Gen. Ellen M. Pawlikowski, commander of the Air Force Materiel Command at Wright-Patterson Air Force Base. 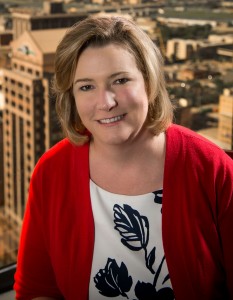 “This collaboration brings together an exceptional group of women that includes some of the region’s most gifted students and professionals working in government, industry, military and education-focused STEMM careers,” Engisch said. “We look forward to being inspired and challenged by Gen. Pawlikowski’s remarks and are honored to have a national leader in science and engineering as our keynote speaker.”

Register online at community.wrightstatealumni.com/WomenSTEMM. The suggested donation is $5 for students and $10 for professionals.

For more information, contact Angela Griffith at angela.griffith@wright.edu or Cindy Oakley at cindy.oakley@wright.edu.

Support for the event is provided by Wright-Patt Credit Union.

Previously, Pawlikowski served as the military deputy in the Office of the Assistant Secretary of the Air Force for Acquisition at the Pentagon.

Pawlikowski’s career has spanned a variety of technical management, leadership and staff positions including command at the wing and center levels. She has served as director of the acquisition management office for the assistant to the secretary of defense for atomic energy and as deputy assistant to the secretary of defense for counterproliferation, Office of the Secretary of Defense. Her leadership assignments included program director of the Airborne Laser Program, commander of the Military Satellite Communications Systems Wing, deputy director of the National Reconnaissance Office, commander of the Air Force Research Laboratory and commander of the Space and Missile Systems Center.

Cassie Barlow serves as the executive director of the Center for Workforce Development at Wright State and the Advanced Technical Intelligence Center as well as the oversight manager for the Regional STEM Collaborative in Dayton.

Prior to joining Wright State, Barlow served as the 88th Air Base Wing and Installation commander.

Nan Whaley was elected mayor of Dayton in 2013. Previously, she served two terms on the Dayton City Commission, beginning in 2005.

Whaley graduated from Wright State in 2009 with a Master of Public Administration degree and received a bachelor’s degree in chemistry from the University of Dayton.