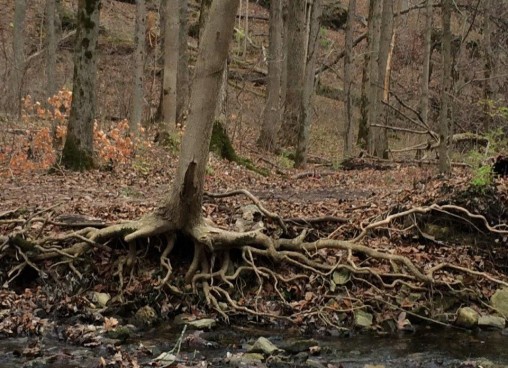 A new mathematical tool that promises to offer important insights into global warming by predicting soil formation and depth and the influence of soil on vegetation growth is revealed in a book co-authored by Wright State physics professor Allen Hunt.

The book — “Networks on Networks: The Physics of Geobiology and Geochemistry” — was written by Hunt and Stefano Manzoni of Stockholm University’s Bolin Centre for Climate Research.

Chapters on vascular plant physiology and metabolism demonstrate evolutionary trade-offs in plant architecture and growth strategies to optimize nutrient and energy flows. These portions also help to show how plants may respond to changing climatic conditions. 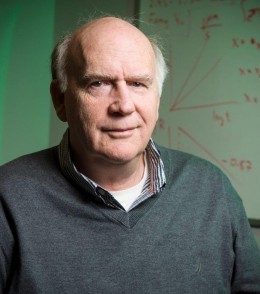 The book then describes how the flow of water and nutrients in soil and vegetation are linked through root growth strategies and how that helps predict whole-plant growth rates as well as soil formation as the Earth’s crust weathers.

Weathering takes place when surface solutions percolate down through the ground until they meet the underlying rock. The weathering of silicate rocks removes carbon dioxide from the atmosphere, an important greenhouse gas that many scientists believe increases global temperatures, resulting in increased melting of the polar icecaps and changing weather patterns.

“If you want to predict the climate effects of the global carbon cycle, you have to understand how rapidly the soil is produced when silicate weathering occurs,” Hunt said. “Carbon taken up in the soil and by plant productivity is not present in the atmosphere, where it tends to raise the Earth’s temperature.”

Hunt said scientists have been trying for decades to quantify weathering and link plant productivity and its effect on the global carbon cycle. Up until now, they have had to rely on computer modeling.

“Our research results show that the mathematical tool we have is well-suited to attack the problem,” Hunt said. “We have the only method that can make predictions verified over such long time scales. Computer models cannot yet assimilate the vast range of length and time scales over which biotic and abiotic processes on the surface of the Earth interact with each other and affect the climate.”

Humans have enormous effects on erosion, soil production and the absorption of carbon dioxide due to farming, timber cutting, mining and the development of cities and roads.

“By predicting soil depth and soil constraints on vegetation growth rates, we have a much better idea how our activities will impact the future,” he said.

Hunt’s research is also part of a paper recently accepted for publication in the Vadose Zone Journal, which is published by the Soil Science Society of America.