Holocaust and other genocides focus of exhibit at Wright State 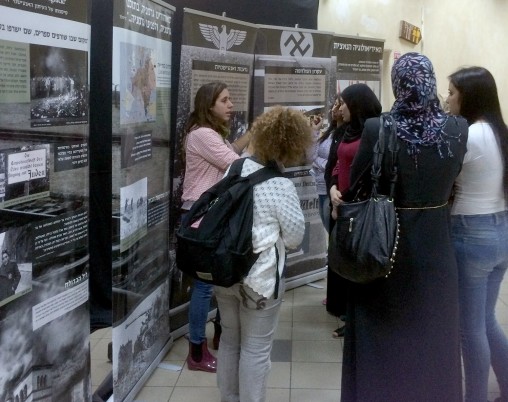 The Jewish Federation of Greater Dayton and Wright State’s Division of Multicultural Affairs and Community Engagement will sponsor an interactive exhibit on the Holocaust and other genocides Jan. 28 and 29 in the Student Union Atrium.

The Holocaust and other genocides will be the focus of Rebellion of Hope, an interactive exhibit and lecture at Wright State.

Sponsored by the Jewish Federation of Greater Dayton and Wright State’s Division of Multicultural Affairs and Community Engagement, the exhibit will be open Thursday, Jan. 28, from 10 a.m. through noon on Friday, Jan. 29, in the Student Union Atrium.

A group of Israeli educators will give a detailed lecture on the exhibit from 7 to 8:30 p.m. on Jan. 28. The exhibit and lecture are free and open to the public. 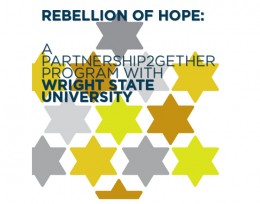 The exhibit seeks to challenge participants’ thoughts and actions through stories of individuals who resisted horrendous actions in the face of many moral dilemmas and how it applies to lives today.

“Unfortunately genocide continues to be a problem around the world,” said Kimberly Barrett, vice president for Multicultural Affairs and Community Engagement. “Helping people understand the social dynamics that allow this type of tragedy to occur makes it more likely that it can be prevented.”

“The exhibition deals specifically with the stories of the rebellion against the Nazis and human evil — with specific focus on the Warsaw Ghetto Uprising,” said Ari Levy, an Israeli educator. “The title of the exhibition refers to the hope that the spirit of rebellion can spark — towards the creation of a better world.”

The dialogue between the educators and participants is the main communication.

“Genocides have continued to take place since the Holocaust and many of the fundamental principles that allowed the Holocaust to take place (i.e., survival of the fittest) continue to underlie our society today,” said Levy. “The human encounter with modernity continues to be a struggle in Western society as well as throughout the world. Looking at the Holocaust is necessary for us to ask ourselves how to deal with that continued struggle. The guides will be prepared to include in the dialogue in other parts of the world, including the current threat of genocide taking place in Burundi.”

The exhibit is comprised of 12 large posters that tell a particular portion of the story of the Holocaust — the Jewish people prior to the war, the rise of Nazism and efforts to exterminate Jews and the story of the rebellion.

“I hope that people walking through the exhibit gain an understanding of how at times seemingly insignificant moral dilemmas we face every day can ultimately result in grave injustice, and eventually if not handled in ways that reflect values related to universal human rights result in tragedies like the Holocaust,” Barrett said. “I hope they will understand the significance of their individual actions in resisting the creation of social and political conditions that allow this type of behavior to occur. … The program relates directly to the topic of why one should be an active bystander when witnessing injustice to anyone.”

The exhibition was created by the Dror Israel movement and is guided by experienced educators from Israel who translated and adapted the content to an English audience for Wright State.

The Jewish Federation of Greater Dayton is coordinating the exhibit with the Partnership 2Gether Program and its Israeli counterparts.

“To paraphrase George Santayana, ‘those who do not learn from history are doomed to repeat it,’” Barrett said.