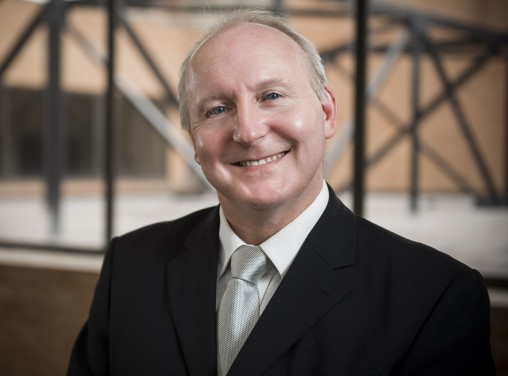 John Cutcliffe is passionate about research and learning. He’s spent much of his nursing career conducting his own studies and supporting others in their research goals.

He wants to help create a culture of inquiry in the college and nurture a new generation of researchers among junior faculty and undergraduate and graduate students.

With a long record of scholarly success, Cutcliffe has the background and experience to lead a renewed focus on research. His scholarship focuses on hope, suicide, clinical supervision and psychiatric and mental health nursing and mental health care.

Cutcliffe has held academic and research positions in England, Northern Ireland, Canada and the United States. He was recognized by the Canadian federal government and cited as one of the “Top 20 Research Leaders of Tomorrow” for his work on hope and suicidology. He has published more than 290 papers and chapters and 11 books, and his work has been translated in seven languages and cited more than 4,000 times.

He initially researched the concept of hope among terminally ill HIV individuals, then shifted to looking at what role hope has in bereavement. As a mental health nurse, he sought to better understand how he can help patients become more hopeful and process grief in a healthier way. This was followed by a focus on suicide.

While he worked at universities in Canada and in Maine, Cutcliffe co-led a research project examining high risk of suicide in the first 28 days after patients are discharged from a psychiatric hospital. Researchers found that in-patient care of suicidal people “was not often very good, not very helpful, that clients have little if any say in when they’re discharged.”

As a result, some patients leave the hospital more hopeless than when they arrived.

Cutcliffe and the other researchers showed that health care providers and hospitals need to improve in-patient care they provide to patients considering suicide. They must also do more to help patients transition to leaving the hospital and give clients more of voice about when they are discharged.

The researchers also identified a host of easy and inexpensive follow-up actions hospitals can take with patients who have been discharged, including sending postcards and letters.

“There’s a good body of evidence that shows those simple measures have an effect and keep people alive,” Cutcliffe said.

Cutcliffe is originally from Leeds in Yorkshire, England. He grew up playing soccer and even tried out for the professional club in Bradford, Yorkshire, when he was 16. He remains an avid sports fan and since coming to North America has closely followed hockey, baseball and American football. He’s also a mountaineer and has climbed on every continent but Antarctica.

He earned his Bachelor of Science in nursing and Ph.D. from Sheffield University in South Yorkshire, England.

After working as a mental health nurse in England, he started teaching, first as an RPN working with junior nurses, then as a guest lecturer at Nottingham University.

“I found that challenging but rewarding,” he said. “It grew from there.”

As someone who loves to travel, he has sought opportunities to live and work abroad to immerse himself in different cultures. Experiencing cultures outside your comfort zone broadens your mind and can help eliminate ignorance and xenophobia, he said.

As both the Blanke Endowed Chair for Nursing Research and director of nursing research, Cutcliffe is responsible for facilitating, supporting and driving the college’s research activity.

Cutcliffe’s goal is to create a culture of inquiry within the college and move the institution toward a renewed focus on scholarship. He wants the college to embrace an atmosphere in which “all of your faculty who are research active regard that as de rigueur — as normal — as just part of their everyday work.”

“It hasn’t been the raison d’être — or reason for being,” he said of research, “and thus it takes, quite dramatic in some ways, but a rudimentary change in your everyday thinking of the core business of your college.”

Cutcliffe and CONH can undertake a number of concrete steps to achieve this goal, including giving course relief for faculty members to conduct research projects, providing support from graduate students and implementing a formal internal review process for scholarly papers, research proposals and grant applications.

CONH launched a new website for the Center for Nursing Research and created a distinguished lecture series. Last summer, research-focused faculty members moved to the third floor of University Hall to help foster a purposeful atmosphere of camaraderie around their research.

Cutcliffe is especially interested in capacity building, or nurturing junior faculty members and students who are interested in exploring research opportunities. For Cutcliffe, cultivating new scholars is one way to be a good citizen and good member of the nursing field.

“It’s not only a duty, but it would be irresponsible if I didn’t facilitate that next generation of scholars,” he said.

He said he wants to know that in “my twilight years when I get infirmed I’d be cared for by nurses who know what they’re doing and that there’s been advancements in the science of nursing. So that means we need researchers.”

Cutcliffe also plans to get more undergraduate students involved in research — something, he acknowledges, most nursing students at the baccalaureate level are not asked to do.

The idea, he said, is to sow “seeds of wonderment around research and the notion of knowledge generation” by providing hands-on research opportunities for undergraduates.

“Students ought to be active participants in as much of the active research process as you can,” he said. “In my opinion, that’s a very effective way of building that sense of awe when they’re involved.”

He also has served as associate dean of nursing at Stenberg College in Vancouver and was chair of nursing at the University of Northern British Columbia.