Amy Purdy, who won a bronze medal in snowboarding in the 2014 Paralympic Games in Sochi, will give a Presidential Lecture at Wright State on Feb. 12. (Photo by Joe Kusumoto)

When she was 19, Amy Purdy almost lost her life from meningococcal meningitis. She spent more than two months in the hospital and underwent a double leg amputation.

A few years later, she was in competing the USASA National Snowboarding Championship, winning three medals.

Today, she is one of the top adaptive snowboarders in the world and won a bronze medal in the 2014 Paralympic Games in Sochi.

Purdy will give the next talk, “Living Beyond Limits,” in Wright State University’s 2015-16 Presidential Lecture Series.

This year’s Presidential Lecture Series celebrates the 25th anniversary of the Americans with Disabilities Act of 1990. The series concludes with a lecture by comedian Maysoon Zayid on March 22. 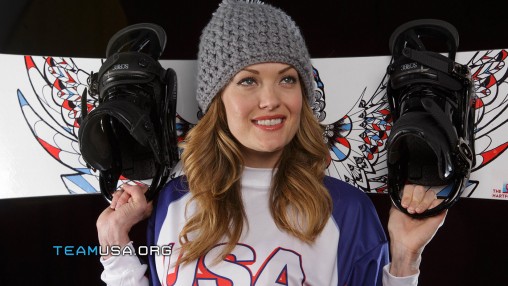 Purdy began snowboarding when she was 15 and was determined to continue after recovering from meningitis. After being unable to find prosthetics that would allow her to snowboard, she built her own. Today, she is the only double-leg amputee competing at the elite world-class level.

In 2013, she was named by the International Olympic Committee as one of the top 15 most marketable para-athletes in the world.

She is the co-founder of Adaptive Action Sports, a nonprofit organization dedicated to introducing people with physical challenges to action sports.

She has competed on “The Amazing Race” and in 2014 was runner up on “Dancing with the Stars.” Also that year, Purdy released a memoir “On My Own Two Feet: From Losing My Legs to Learning the Dance of Life.”

She has also been featured in a Madonna music video and a photo shoot with Nikki Sixx and made her film debut in “What’s Bugging Seth” in 2005.