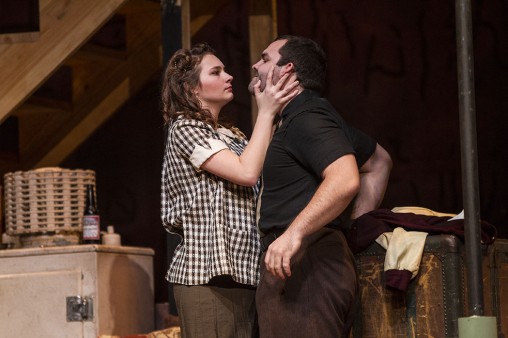 Tickets are $22 for adults and $20 students and seniors. For tickets call the Box Office at 937-775-2500 or purchase single tickets online at wright.edu/theatre-tickets.

“A Streetcar Named Desire” opened on Broadway in December 1947, closing after 855 performances in 1949. The drama received the Pulitzer Prize for Drama in 1948.

“Streetcar” launched the careers of Marlon Brando, Jessica Tandy, Kim Hunter and Karl Malden and solidified the position of Williams as one of the most important playwrights of his generation.

The Wright State production of “A Streetcar Named Desire” is directed by Jason Podplesky, adjunct professor of theatre. The set is designed by David Castellano, the lighting is designed by Jessica Drayton, costumes designed by Emily Sollinger, all properties finished by John Lavarnway, and the sound is designed by Alex Koker.

Up next: ‘Music Man’
Wright State Theatre’s 2015-16 season concludes with the “Music Man” March 17 to April 3 in the Festival Playhouse.