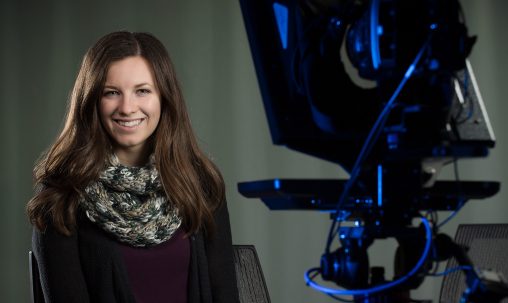 The Department of Communication will screen “The Student Body,” a documentary film on school “fat letters” by Wright State student Bailey Webber, on March 7. (Photo by Erin Pence)

Controversial school “fat letters” and body mass index screenings have been thrown into the spotlight thanks to a nationally recognized documentary film created by Bailey Webber, a mass communication major at Wright State University.

Webber’s documentary, “The Student Body,” provides an inside look into the decision-making process by lawmakers and health experts about information provided to students about their BMI score from screenings conducted at schools. The screenings calculate a student’s weight, and letters are sent to students and their families disclosing whether the student is considered obese or underweight. The letters are known as “fat letters.”

“The Student Body” is available on DVD, iTunes, Amazon and many cable, satellite and digital platforms.

The film will be shown at Wright State on Tuesday, March 7, at 7 p.m. in 120 Medical Science. The event is hosted by the Department of Communication.

“’The Student Body’ is fun and upbeat despite the heavy content,” Webber said. “I want students to be able to feel inspired and to know that their voice does matter and that one person can make a change. I learned that, and as you see in the film, I progressed.”

After accidentally sitting in on a national meeting about BMI screenings conducted in schools, Webber realized that an issue she thought was local was actually a national controversy worthy of more attention. She met with dozens of professionals and concluded there was a clear disconnect between health experts and the public, and between health experts and lawmakers.

As seen in the film, she asked lawmakers to stand on a scale like students are required to determine their BMI score. 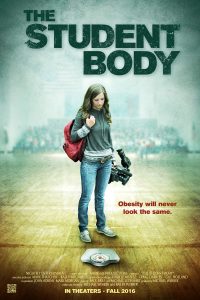 “The Student Body” has been shown on Capitol Hill, in the U.S. Senate and in Regal in Time Square, along with many other locations. Webber does not think the film has changed lawmakers’ opinions. “I think they have just backed off because of pressure,” she said.

Her father, Michael Webber, is a documentary filmmaker who inspired her to turn the issue into a larger, creative project.

“The Student Body” took three years to create and with little funding. It was filmed in New York, Texas, Washington D.C., and Ohio.

“We’ve seen amazing impact from the film so far, and it’s just been released this year,” Webber said.

She hopes the film will make more people look at obesity differently.

“We’re told that it’s a pretty simple answer about eating healthy and to exercise. But when we talked to experts at the highest levels, they say there could be up to 60 different issues,” Webber said.

More information is available on thestudentbodyfilm.com.