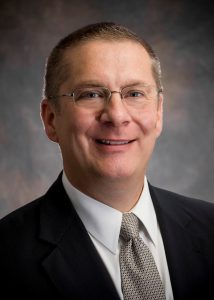 Wright State University in collaboration with the Air Force Research Laboratory (AFRL), Vanderbilt University and Ibis Biosciences received an award of up to $9.1 million from the Defense Advanced Research Projects Agency (DARPA) to improve learning using a handheld, low-power electrical stimulator applied to the neck.

This technique, known as vagal nerve stimulation is FDA-approved for the treatment of diseases such as cluster headaches, epilepsy and depression.

Researchers in the new project, called Learning through Electrical Augmentation of Plasticity, or LEAP, believe vagal nerve stimulation can be used in healthy subjects to stimulate a change in neurons that increases the ability to learn.

LEAP will improve understanding of fundamental molecular mechanisms of nerve stimulation and learning by studying the way genes are expressed, a field known as epigenetics. Epigenetics — literally “upon genetics” — describes how environmental factors turn genes on and off, thereby changing traits.

The principal investigator for the project is Timothy Broderick, chief science officer at the Wright State Research Institute and associate dean for research affairs at the Wright State Boonshoft School of Medicine. “Epigenetics helps explain how vagal nerve stimulation changes the ‘read out’ of genes in the brain. The DNA sequence does not change, but with stimulation, neurons become more receptive to training,” Broderick said.

This award leverages ongoing epigenetics research to enhance warfighter physical training sponsored by the Office of Naval Research under the Multidisciplinary University Research Initiative, a highly competitive program under the Office of the Secretary of Defense.

“This research is exciting because it will help us understand how nerve stimulation promotes plasticity and improves learning at the molecular level,” said Broderick. “Our work could significantly improve health and performance through a combination of non-invasive nerve stimulation and easy-to-obtain epigenetic biomarkers in peripheral blood.”

The award is one of several issued by DARPA’s Biological Technologies Office under its Targeted Neuroplasticity Training program.