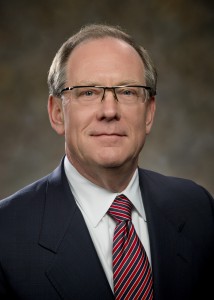 Several years after its launch, an initiative by Wright State University with funds from the Ohio Third Frontier has meant more chances to win contracts, officials say.

The Ohio Controlling Board will vote Monday on whether to disperse another $1.1 million from Ohio Third Frontier to Wright State for the Human Performance Consortium Research and Development Center — bringing the amount the state has investing in that initiative since 2011 to just over $4.1 million.

Third Frontier recommended a funding level of about $5 million for the project, launched in 2011 with a goal “to build a nationally recognized research center for the Air Force, Dayton Region and state of Ohio focused on advancing human performance technologies through research development training and commercialization.”

The project has taken advantage of Air Force research that came to Wright-Patterson Air Force Base with the creation of the 711th Human Performance Wing at Air Force Research Laboratory, in hopes of keeping that research local, said Dennis Andersh, executive director of Wright State Research Institute. The project laid the groundwork for the Ohio Federal Research Network since set up to bring more federal research to the state.

“It’s enabled us to win a lot of contracts but it’s actually enabled the region and (its contractors) to win more,” Andersh said, noting research work by Dayton-area contractors like Ball Aerospace, Infoscitex and Aptima in this vein of research. “The region is now in tune with what is going on inside the fence.”