Photography for a cause 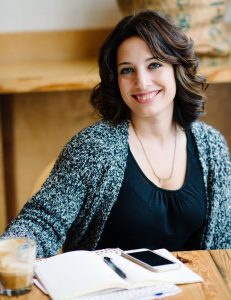 Briana Snyder, a Wright State international and comparative politics graduate student, is interviewing and photographing Dayton immigrants as part of her master’s program.

Dayton immigrants are finding themselves in the focus of the lens of Briana Snyder, a Wright State graduate student who is studying Welcome Dayton for a final project as part of her master’s program in international and comparative politics.

Snyder originally planned to study Welcome Dayton, a project that works to integrate immigrants into the Dayton area by providing education, health services and anything else someone might need to move comfortably into the area. Her intent was to study the impact that Welcome Dayton has had on the community in the five years it has been in place.

When she realized she could use her skills as a photographer to extend her work, the Dayton Immigrant Portrait Project was born.

She began photographing people who were a part of Welcome Dayton, since she knew they were more likely to be comfortable with an interview and portrait. The project grew from there. Now, she accepts referrals from anyone who is interested in being a part of the project.

“It’s kind of a running project, so anybody with family members or some experience in that world, I’m scheduling on a rolling basis on anyone who is interested,” Snyder said.

Snyder invites project participants to her photography studio, Knack Creative, in Dayton. She films a short interview with them and then takes a studio portrait. Filming the interview, Snyder explained, is to ensure that she gets their quotes correct. 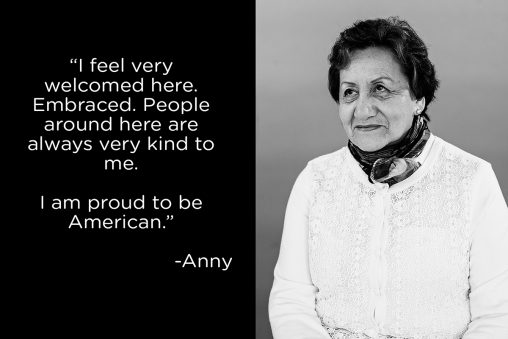 The portraits are available on her company’s Facebook page.

She said that the style is similar to “Humans of New York,” in which a photographer interviews and photographs people throughout the streets of New York, but with a few differences.

“It’s different because I wanted studio portraits and I want people to come in and sit down and think about what they want to say,” she said.

Snyder said she was interested in Welcome Dayton because it combined her interests in international politics while remaining local. Additionally, Snyder said she thought that working with immigrants would be a fascinating experience because of the attention the subject attracted during and after the 2016 presidential election.

Through her interviews with the members of immigrant community, Snyder has learned that Dayton is an exceedingly welcoming place.

“Welcome Dayton was really one of the first plans and initiatives like this in the country, so it’s been a real model for other cities that have adopted similar policies,” she said.