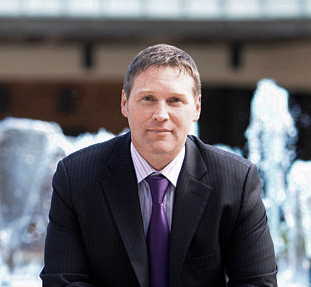 Under Holmes’ leadership, Central Michigan increased study abroad participation by 5 percent a year, including an increase in minority student participation; created an in-house recruiting unit, along with a network of consulting, marketing and alumni support, to increase the awareness of the university abroad; and participated in the ACE Internationalization Laboratory to catalog and assess current international activities to prepare for institutional strategic planning.

Holmes is the co-author of “Faculty-Led 360: Guide to Successful Study Abroad” and has delivered over 30 presentations and workshops for faculty and staff in state, regional, national and international venues.

Holmes obtained his bachelor’s degree in history from Miami University, his master’s degree in international studies from the University of Wyoming and is working toward a doctorate in education leadership and policy studies at Eastern Kentucky University.