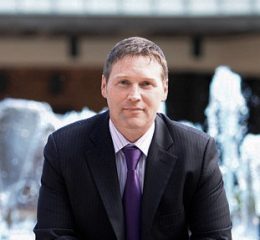 Wright State University has hired a new associate vice president in charge of international affairs for the school.

William Holmes will start at WSU on Aug. 14, the school announced today. Holmes comes from Central Michigan University where he has served as director of international affairs for two years, according to his LinkedIn profile.

Under Holmes’ leadership, CMU increased its study abroad participation by 5 percent a year, according to Wright State. Holmes also helped to develop an in-house recruiting network with consulting, marketing and alumni support to increase the awareness of CMU abroad, according to WSU.