It’s Hard to Beat a Life in the Academy

As I often say, I was on campus the first day Wright State held classes, but I did not become a student myself until 1969. I didn’t want to quit my quite good day job at Dayton Power and Light until I was sure I could be a successful college student. After a year of night classes, I gave notice and enrolled full time in the fall of 1970. I loved it. 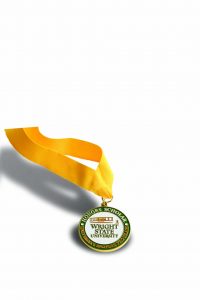 The student body was older then, and the faculty much younger. I broke my neck, and sometimes speed limits, to get to every class. I didn’t want to miss anything. I still feel privileged to have had the kind of educational experience Wright State was able to provide in those early years. I had American history with Jake Dorn, American literature with Jim Hughes, speech with Abe Bassett, and political science with Jim Walker. Human biology with the late Ira Fritz was my favorite science class ever. All of these men went on to make significant contributions to the development of Wright State, but I remember them best as dynamic, student-centered, sometimes iconoclastic teachers who let me in on a lot of very cool stuff.

Student life was pretty dynamic too. The whole campus was abuzz when Gloria Steinem came to Oelman Hall. I had to fight for a seat, but it was worth it. She spoke forcefully in favor of tenure for one of the junior women faculty members. I learned a little more that day about how universities work and why feminism was such a hot topic in the early ’70s. Then there was the visit by the Marxist historian Herbert Aptheker. That caused a buzz of a whole different sort. Noam Chomsky, Dick Gregory, and, a little later, Oprah—need I say more?

Allyn Hall cafeteria was the place to be for students and faculty. We often shared tables and continued class discussion over bowls of chili and endless cups of coffee. People played cards, read, studied, and sometimes napped. A group always gathered for Days of Our Lives on the TV in the corner. If you needed to find someone, you always checked Allyn Hall first.

Most of my Wright State life was lived in Millett Hall. My undergraduate English and history classes were usually held there. From 1974 until 1976, I shared an office on the fourth floor with former The Guardian editor and fellow grad assistant Wayne Wenning. I was elected to represent the student perspective on the History Graduate Committee. Once again, I learned (perhaps more than they intended) about the sometimes strange and wonderful workings of higher education.

Later, I moved down to the first floor to take over from Janice Wilson as assistant director in the Honors Program when she decided to finish her Ph.D. I stayed on for more than 30 years. I got pretty attached. Sometimes when I strode down the hall, I would think to myself—I own this place. Perry Moore (the dean of liberal arts back then) may think Millett Hall belongs to him, but he’s wrong—it’s mine.

When I retired in 2010, the hardest part was leaving the students. Over the years I had worked with thousands. The Honors Program grew dramatically in that time, and toward the end I no longer knew every honors student; but I still had close relationships with many, particularly the honors scholarship recipients. I worked with our national scholarship applicants and was always thrilled with their successes. I wrote med school and law school references, and I’m pleased to report our students almost always got in. We could staff a hospital with honors M.D.’s.

Two of the last brilliant successes I am proud to have helped along, James Dahlman and Roger Fecher, have finished their graduate and medical studies and are starting to make their mark. It’s thrilling to see one of my students’ names (all the honors students are “mine,” of course) in an article talking about the latest in Parkinson’s research.

It’s hard to beat a life in the academy. The library, the gym, the campus, the opportunities for civil discourse on almost any topic, the friendships that grow over a career. I am not unique. Many of you feel the same sense of ownership of Wright State. And we will always do what we can to continue the proud legacy of the first 50 years.

Mary Kenton (’74, ’78) senior associate director of the University Honors Program, retired in 2010 after 35 years of service to Wright State University.