Manson will take the stage at 5:30 p.m. in the Rinzler Student Sports Complex parking lot.

The Homecoming Festival runs from 4:30 to 7 p.m. and also features food trucks, a beer tent, family-friendly games and the annual chili cook off. Admission and parking are free.

More than 35 events are planned for Homecoming Week, which begins Monday, Sept. 25, with the University Activities Board’s Celebrate the 50 event, and wraps up Sunday, Oct. 1, with the Student Affairs recognition brunch.

Homecoming Week is the highlight of Wright State’s 50th anniversary celebration. Originally founded as a branch campus of The Ohio State University and Miami University, Wright State became an independent institution in 1967.

Manson studied business management at Wright State before he decided to pursue his music career full-time. Today, he writes songs in Nashville and tours extensively, playing 150 shows a year nationwide.

His latest EP, “Friday Nighters,” was released in March and features “3 Wishes” and the title track. 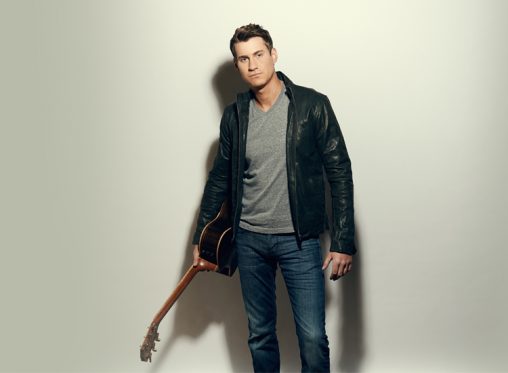 Clark Manson was attending Wright State when his music career took off and now he writes songs in Nashville and tours extensively.

Manson has always loved music. As a child, he enjoyed listening to music, and as a toddler memorized the lyrics of “Achy Breaky Heart.” His parents began to take him to every musical event they could.

When he was 5, his parents took him to see George Strait. The experience was powerful for him. “Ever since then, I wanted to be George Strait,” he said.

His musical journey continued when his parents gave him a guitar when he was 9.

“I think they thought I’d play for a while then put it down, but I didn’t,” he said. “I taught myself to play, and by the time I was 12, I could play ‘Knockin’ on Heaven’s Door,’ and those first three-chord songs people learn.”

He was attending Wright State when his music career took off. He performed on campus, building a fan base and forming a band with his friend Nick Christian.

Soon, Manson and Christian were performing all over Ohio. This was the kick Manson needed to move to Nashville, where he began to write and record professionally.

His first album, “Runnin’ With the Night,” appeared on Billboard’s Top Five Heatseeker Chart for up-and-coming musicians. His EP “I’m On It” was in the Top 10 on iTunes Country. His single “Track 9” was featured on the Spotify “New Boots” playlist, Music Row radio stations and Sirius XM The Highway.

After an independent radio station added a few tracks from his “Runnin’ With the Night,” Manson was invited to perform at Country Concert, a music festival in Fort Loramie, Ohio, that Manson attended when he was young. He opened for artists Cole Swindell, Dustin Lynch and Chase Rice.

Manson describes his music as having a summery, feel-good sound.