The Alumni Association recognizes and celebrates the accomplishments of Wright State alumni each year at the event. Winners are selected from a pool of nearly 110,000 alumni and are recognized for numerous accomplishments in their chosen fields.

In addition to possessing high standards of integrity and character, they have also given their time and talent to benefit the Wright State Alumni Association. 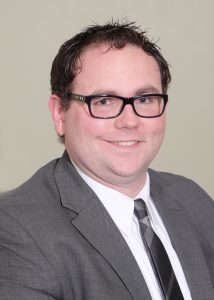 Theadore Hufford, was named the 2017 recipient of the Graduate of the Last Decade Award. It recognizes the accomplishments of Wright State undergraduate alumni who have graduated within the past 10 years.

Hufford, of Piqua, took a circuitous route to college. He was a nontraditional student but was determined to be involved on campus and became president of Student Government, student trustee on the Board of Trustees, Judicial Review Panel chair and was active in multiple activities.

Graduating in 2008 with a bachelor’s in biological sciences, Hufford was a University Honors Scholar. He received his M.D. in 2012 from the Boonshoft School of Medicine where he was president of his class.  Hufford was also a member of Omicron Delta Kappa Leadership Honorary and received the Reach Out of Montgomery County Volunteer of the Year Award.

Since graduation, he completed a residency in general surgery at the University of Illinois-Chicago, where he attained acclaim for his leadership, teaching abilities and dedication to research and patient care. Hufford received the Senior Educator Award in 2017 and throughout his residency was named MVP for Compassionate Care multiple times, and received more personal patient letters than any other resident in the program’s history. In 2016 Hufford was a top five finalist for the Jameson L. Chassin Award for Professionalism from the American College of Surgeons. He received the Resident Excellence Award from the Society of Laparoscopic Surgeons in 2017. He is currently completing a fellowship in Advanced Laparoscopic and Bariatric Surgery at the Cleveland Clinic Foundation in Cleveland. 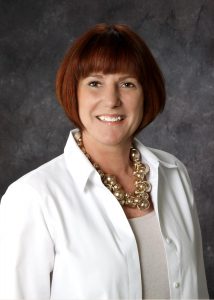 Colleen Ryan was named the 2017 recipient of the Honorary Alumna Award, which recognizes and honors those individuals who, though not graduates of Wright State, have demonstrated outstanding interest, commitment and service to the university.

Ryan is the president of Vectren Energy Delivery of Ohio, serving as the “face of Vectren” in the 17 counties where Vectren serves 315,000 natural gas customers in southwest Ohio.

Ryan has over 30 years experience of executive management and leadership at all levels in the Air Force, not-for-profit and private sector.

She served as vice president, aerospace and defense for the Dayton Development Coalition and as the 88th Air Base Wing and installation commander at Wright-Patterson Air Force Base. She retired in 2008 after 26 years of service in the U.S. Air Force. Ryan has served as a volunteer or board member for the Dayton Foundation, Dayton Children’s, Community Blood Center/Community Tissue Services, Premier Hospital, United Way of Greater Dayton area, Vectren Dayton Air Show, Dayton Racquet Club and Culture Works. She also served on the ArtsGala Host Committee from 2009-2013 (chair in 2011). Since 2013, she has served on the College of Liberal Arts Dean’s Leadership Board. 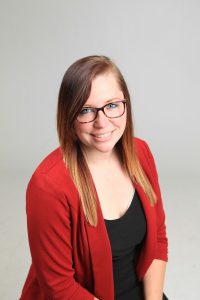 Stefanie Hreha received the 2017 recipient of the Alumni Society Award of Excellence, which is presented to Wright State graduates who participate as an officer, committee member or in a support role by attending events in a Wright State Alumni Association chartered alumni society.

Hreha, of Lorain, is a 2011 graduate of Wright State. As a student, Hreha was actively involved with many organizations on campus, such as pep band, jazz ensemble, Relay For Life and Greek life.

After graduation, she joined the American Cancer Society – where she often engaged with the community. During her time as a community manager she was recognized for her efforts with the Key to the City of Huber Heights in 2014 and the 2015 All-American Award for the Relay For Life of Wright State University.

In addition to her role as secretary for the Fraternity and Sorority Alumni Society, Hreha also serves Theta Phi Alpha nationally as a director for the Theta Phi Alpha Foundation and as chapter advisor for the Gamma Kappa Chapter at Wright State. 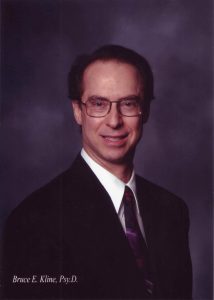 Bruce E. Kline received the 2017 recipient of the Volunteer Service Award, posthumously. It recognizes volunteer service to the university or any of its alumni organizations including especially active participation in alumni or university affairs, faithful and continued effort in maintaining network, society or other alumni organizations.

Kline was a clinical psychologist in the Dayton community known for his excellence. In 1982, he received his doctoral degree in clinical psychology from Wright State University’s School of Professional Psychology and began building a practice that is respected for its work with adults, adolescents and children. Kline & Associates Psychological Services Practice is located in Kettering, Ohio.

Kline was certified by the American Board of Medical Psychotherapists, the American Academy of Pain Management, the American Board of Forensic Examiners and the Association of State and Provincial Psychology Boards. He was a keynote speaker at the Ohio Conference on Gifted and Talented Children, presented many times at the World Conference on Gifted Children and received Wright State’s School of Professional Psychology’s 2002 Outstanding Alumni Award. He served on Wright State’s Alumni Association Board for many years including as president from 2010 to 2012 and served on the Wright State Foundation Board of Trustees. He was a founding member and honorary board member of the Dayton Performing Arts Alliance, an honorary member of the Dayton Opera Board, past president and chairman of the Dayton Opera Board and was on the Dayton Racquet Club’s Board of Directors. He was a founding member and past chairman of the Community Advisory Board for the School of Professional Psychology.

Kline played cello in the Wright State Community Orchestra as a student, and sang in the Dayton Opera Chorus. He loved sports, and was an enthusiastic Raiders fan. Bruce was married to Leora Kline and had two children, April and Jonathan, and three grandchildren. 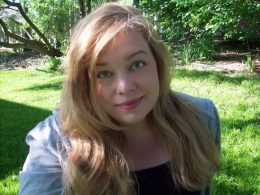 O’Reilly, of Huber Heights, has been involved with over 150 features, short films, commercials and television programs during her 25 years in the entertainment industry.

An expert on the practical applications of international and domestic film tax incentives, O’Reilly has lobbied extensively and given proponent testimony at the Ohio Senate Ways and Means Committee several times for the Ohio Film Tax Credit, which became part of the State of Ohio Budget in 2009 and has helped bring over 1,729 full-time jobs and $400 million of film activity into the state. As a board member for the non-profit FilmDayton, she helped the City of Dayton develop a formal film permit system, recently called the best in the state by the Ohio Film Commissioner, to facilitate production activity in the area. 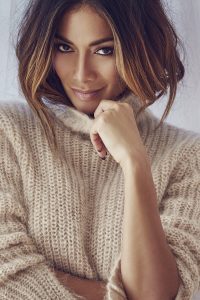 Nicole Scherzinger received the 2017 Alumna of the Year Award, which is presented to Wright State graduates who have attained a significant level of achievement in their chosen field.

Since leaving Wright State, where she played numerous roles on the Festival Playhouse stage, including Velma in “Chicago” and Julie La Verne in “Show Boat,” the Grammy-nominated Scherzinger, has accrued number one singles on both sides of the Atlantic, selling 37 million singles worldwide — 16 million records as a solo artist and 54 million albums as the lead singer of the Pussycat Dolls, making them one of the best-selling “girl groups” of all time.

A triple threat who won “Dancing With The Stars,” she recently appeared in the remake of “Dirty Dancing” for ABC and joined Neil Patrick Harris as co-host of his new variety series “Best Time Ever with Neil Patrick Harris.” Scherzinger starred in the acclaimed musical “Rent” at the Hollywood Bowl in Los Angeles.

She has been a judge on “X Factor” (both U.S. and U.K. versions), has made a name for herself on the West End stage and received a nomination for a Laurence Olivier Award as Grizabella in a revival of Sir Andrew Lloyd Webber’s “Cats.” Webber called her recording of “Memory,” the “best recording of anything of my music ever done.”