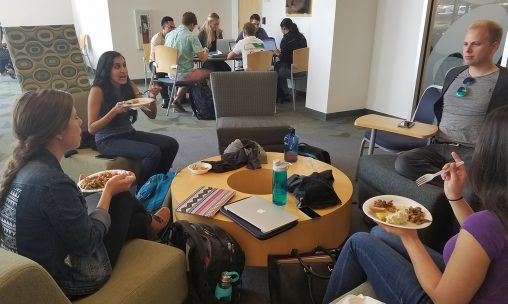 Boonshoft School of Medicine students raised more than $1,500 for hurricane relief efforts through a bake sale and a Taste of the South food event.

Medical students at the Wright State University Boonshoft School of Medicine raised more than $1,500 for hurricane relief efforts through a bake sale and a Taste of the South food event.

Second-year medical student Rinki Goswami, outreach chair for the Global Health Initiative and president of Refugee Student Alliance, organized the events with the help of other medical students. 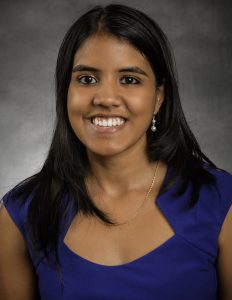 “We wanted to help with the hurricane relief because there seemed to be an urgent need for resources, and we wanted to do our part as part of the larger community to contribute,” Goswami said. “We felt it would be better to collect money rather than physical items, because it could be spent on what was actually needed and would not increase traffic on an already worn-down infrastructure.”

The medical students raised $322.50 through the Taste of the South event and $450.03 through the bake sale for a total of $772.53. They donated the funds through a Facebook donation matching program for a dollar for dollar match for a grand total of $1,545.06. The funds raised are going to Save the Children, a nonprofit organization that gives children worldwide a healthy start, the opportunity to learn and protection from harm. The funds will be used specifically for those affected by the recent hurricanes.

Wright State became an independent institution in 1967 and spent the next 50 years growing into a leader in community service. In 2017, it celebrates its 50th anniversary as an independent public university.