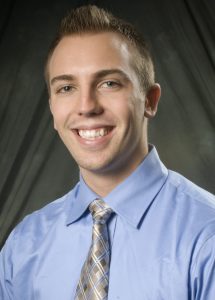 Jeffrey Guina, clinical assistant professor of psychiatry at the Boonshoft School of Medicine.

Researchers at the Wright State University Boonshoft School of Medicine have found that posttraumatic stress disorder (PTSD) played a significant role in suicide attempts among trauma survivors. This is the first study to examine individual symptoms of PTSD and the correlating relationship with suicide.

The findings were published in today’s online edition of The Primary Care Companion for CNS Disorders, an international, peer-reviewed, online journal for primary care physicians and other health care professionals who treat patients with mental and neurologic illnesses.

Led by Jeffrey Guina, M.D., clinical assistant professor of psychiatry in the Department of Psychiatry at the Boonshoft School of Medicine, the team of researchers used a cross-sectional, self-report survey methodology to examine relationships between suicide attempts and demographics, trauma types, PTSD symptoms, substance-related problems and benzodiazepine prescriptions. The study was conducted from October 2014 to February 2015.

Of 1,000 surveys distributed, 76.8 percent were returned with sections completed about suicide attempts and PTSD symptoms. Of these surveys, 480 people reported a trauma history and were included in the study.

The study found that suicide attempts in trauma survivors are linked to PTSD symptom severity, childhood maltreatment and substance-related problems.

The PTSD symptoms most strongly linked with suicide attempts include recklessness; anhedonia, a decreased interest in pleasurable activities; and negative beliefs about oneself. “These findings suggest that screening for these symptoms could prevent suicides,” Guina said. 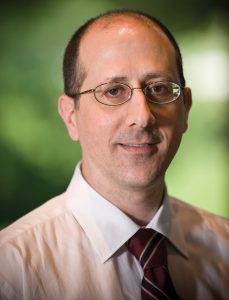 Ramzi W. Nahhas, associate professor of population and public health at the Boonshoft School of Medicine.

With similar sedating, depression-inducing and disinhibiting effects as alcohol, prescription benzodiazepines also were significantly associated with suicide attempts, but this association was partially explained by PTSD severity.

“Suicide is one of many terrible, potential consequences of traumas such as rape, war and child abuse,” Guina said. “It is important that we study trauma and suicide in order to better treat trauma survivors and prevent suicidal behavior.”